It seems the whole defense was built around a mole. No, not a mole like a snitch or the subterranean rodent, but a skin discoloration. Never mind that the prosecution had a witness who testified to being involved in a three-way with Kelly and the victim, and could identify both Kelly and the victim in the video, the blurry tape apparently didn’t have high enough resolution so the guy was sprung.

According to the AP, “the prosecution’s star witness was a woman who said she engaged in three-way sex with Kelly and the alleged victim. Defense attorneys argued the man on the tape didn’t have a large mole on his back; Kelly has such a mole.”

And here’s a bit of GLONO trivia: Jake and I were at the WXRT studio when the Sun-Times’ pop critic Jim DeRogatis received word that Kelly was about to be arrested. Jake was asked to talk to Kot and DeRo on Sound Opinions about our posting of Jack and Meg White‘s marriage license and divorce certificate, and how that blew the lid off their whole brother-sister story. DeRo stumbled in late, arms full of fast food, huffing and puffing about the big story that was about to break the following day. He wouldn’t give any details, but the next day his reporting on the arrest broke and so began this whole mess.

Somewhere, Fatty Arbuckle is spinning in his grave.

[NOTE: This post has been edited for clarity and accuracy–.ed] 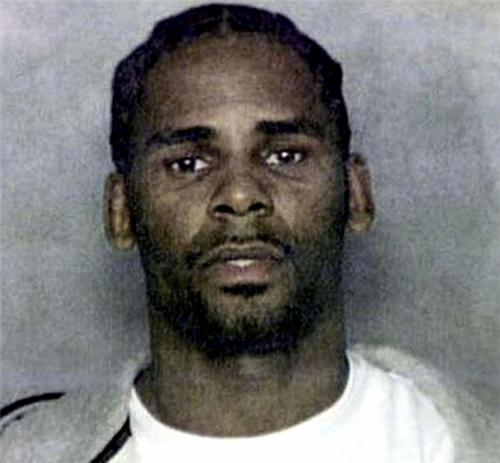 • R. Kelly SexFacts™, Part 3: The Godfather Who Shagged Me!

I’m like, so what? I’m drunk. It’s the freakin’ weekend baby, I’m about to have me some fun.

[Updated with working links from the Web Archive since hitsville.org has been taken over by what appears to be a content spammer. Also, for what it’s worth, I regret being so flip about these serious allegations. -Jake, 11/21/2014.]

Last Plane to Jakarta takes on R Kelly’s latest single: “I can’t decide whether it’s extremely subtle or completely devoid of any subtlety whatsoever, which is the usual tension present in Kelly’s best songs.”