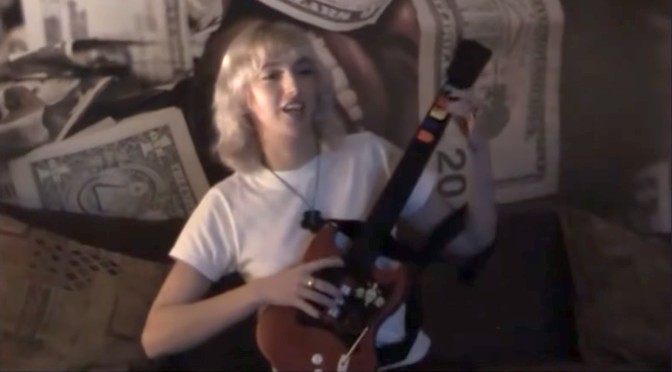 Video: Girlpuppy – “I Miss When I Smelled Like You”

Girlpuppy - I Miss When I Smelled Like You (Official Video)

Directed by Eat Humans. Single out now on Royal Mountain.

I saw Girlpuppy’s second show ever. It was the side stage at Riot Fest last year and it was a charming performance. We got some great photos including one where Becca Harvey looked like a Botticelli painting. I listened to the Swan EP and it reminded me of the sound on Phoebe Bridgers’ first album. It turns out Swan was produced and co-written by Marshall Vore who also co-wrote and played on most of my favorite songs from Stranger in the Alps. There was some online scuttlebutt about how that’s the only reason Girlpuppy was getting any attention at all, but that sounds like misogynist bullshit to me. This new song still sounds like Girlpuppy but a little more summery.

Harvey says, “Now that I’ve played festivals, one of the first things I think about is: ‘Will this be one that people dance to?’ It’s a break-up song, but it’s not depressing.”

I’m happy to see “Guitar Hero” in the video (or maybe “Rock Band”?). Brings me back to the glory days of 2006 to 2009, ha ha. Becca Harvey was in elementary school back then. For my generation, that would be the equivalent of us feeling nostalgia for the Atari 2600…which we do, of course. But now I’m also feeling nostalgic for “Guitar Hero” and “Rock Band” and getting together with friends and shredding riffs on plastic guitars. Sigh. 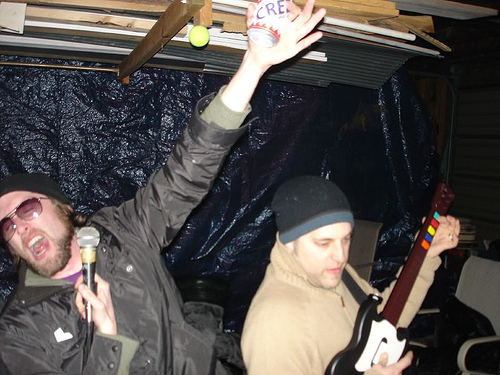