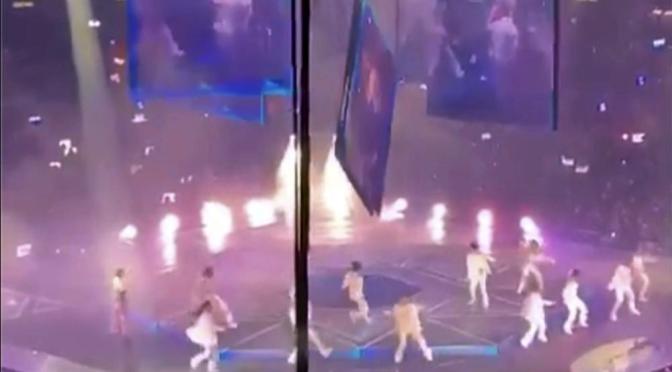 One of the means by which those who have bought the seats in arenas that are so high that there are reduced levels of available oxygen, which makes vision blurred in some cases and headaches in nearly all (which makes said person wish they’d have ponied up a few more bucks for the ducat), is for there to be massive video screens above the stage such that all of the people in the arena, especially those in those upper tiers, have the sense they are watching TV.

(A digression: If you are in a situation where your view of a person or persons on stage is really quite reasonable and there is an array of giant screens, to what extent do your eyes tend to drift to the screen rather than to the actual human(s)? I must confess that I often look at the screens, not because it necessarily shows anything that I can’t see by moving my eyes down a few degrees toward 0, but possibly because in a lifetime of looking at screens, there is simply a tendency. So let’s say for the sake of argument that the performers on the stage are simply good look-alike mimics and the audio is a recording of the actual performers. However, the screen shows the actual performance as recorded. Those who have good seats would be able to discern the difference, but the majority of the people in the arena, who are watching the screens, wouldn’t. If they were to watch the show and leave, not knowing that the people on the stage were stand-ins, would their experience be any different than if the bona-fide performers performed?)

Last week in Hong Kong during a performance of Cantopop group Mirror, a metal suspension cord snapped and a giant screen fell to the stage, injuring a dancer who was on stage in support of the band. An AP photo of the falling screen is potentially horrific: it is hard to image that there was only one person hospitalized, especially given that there are 12 members of Mirror, so the stage was crowded. (Earlier in the week, at another performance at the Hong Kong Coliseum, a performer fell off the stage. Performing can be a dangerous thing.)

Maybe the cheap seats for Springsteen have a benefit: safety.

END_OF_DOCUMENT_TOKEN_TO_BE_REPLACED 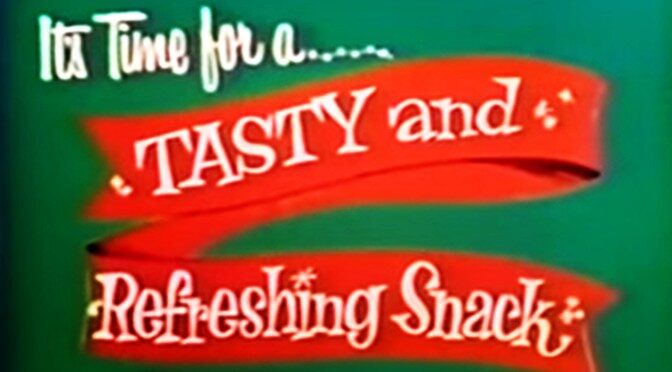 While it has been quite some time since I have been in a movie theater, the remembrance of sitting in a seat waiting for the show to begin is something that sticks with me for the simple reason that (1) when going to a theater with general admission I would generally get there sufficiently early such that I would be able to get a seat that didn’t put me in a spot where the sightlines were less-than ideal (e.g., off to the side or in a row near to the screen that would require an uncomfortable neck torque for a not-inconsiderable amount of time) and (2) theaters, which make more money off of concessions (i.e., pre-pandemic, theater chains made about 50% on the price of a ticket and 80% on the concessions, so if you want to know why that bucket of popcorn takes a bucket of cash to buy, there it is), decided that given the captive audience, selling ads to play before the trailers was a lucrative move.

You might imagine that because you are paying to see something specific (i.e., the movie) you would not be subjected to watching something that the proprietor is making money on. To be sure, for years pre-movie there would be the cartoon of the hotdog, beverage and popcorn box strutting across the screen encouraging you to go get a snack, but it got to the point that you were encouraged to do everything from joining the Army to buying car insurance. And while those ads tended to be well produced, there are even those sold locally to plastic surgeons and car dealers that appear to have been shot and produced by someone’s Uncle Gus.

According to SiriusXM, “SiriusXM is unique because we stay true to the artists and their music by broadcasting 100% commercial-free music. So, unlike traditional radio, all of our original music channels have no commercials – ever!” However, elsewhere it acknowledges, “While all of our music channels are 100% commercial free, subscribers may hear commercials on some of the Sports, Talk and News channels.” That verb may, expressing possibility, is a bit of a dodge. What’s more, while the music channels are without commercials in the sense of things that are promoting the goods and services of a third party, there are more than a few interruptions on the music channels trying to get you to listen to the Billy Joel Channel or a special, limited-duration channel from some performer that you’d prefer Novocain-free dental work rather than listening to. What SiriusXM is doing is trying to keep you within its sphere so that it is going to make money from subscription renewals. Realize that they have built out an infrastructure (e.g., satellites, office buildings) that needs to be maintained, to say nothing of the contract with Howard Stern that is said to be worth as much as $100-million a year through 2025. You need a lot of subscribers to support that kind of outgo.

On February 22, Spotify conducted its “Stream On” event, which it describes as how it “is continuing to go all in on the limitless power of audio—the opportunity and the potential it represents for Spotify, creators, and fans everywhere around the world.

END_OF_DOCUMENT_TOKEN_TO_BE_REPLACED 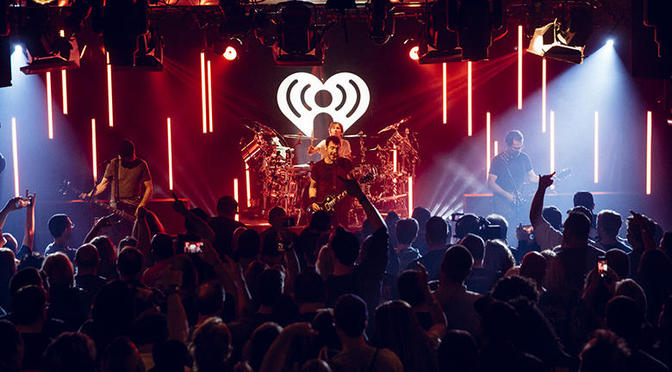 END_OF_DOCUMENT_TOKEN_TO_BE_REPLACED

When a public personality who doesn’t have some physical impairment yet otherwise can’t get much of a job in the public eye finds him- or herself in this sitatuion and thinks that eating and paying the rent are good thing, that person tends to go to something like “Dancing With the Stars” or one of those lemming-like shows on VH1. It may be pathetic. But it pays the bills.

A newer venue for those whose star is fading is satellite radio. Seemingly, those Space Cadet Companies have an endless source of money to match their bandwidth. They’ve discovered that it is necessary to find any and all means to fill in the time that people are paying for who otherwise might just say “screw it” and turn on a terrestrial system, especially those who have discovered that they are sick and tired of hearing commercials for going to their PC and the like, commercials that have all of the intrinsic interest and quality of those shown on cable TV stations that few ever venture to.

Which brings me to Bob Dylan and the “Theme Time Radio Hour.” Yes, I know that his Modern Times disc is doing remarkably well sales-wise. Good for Bob. But his radio program is pathetic, as he rolls out patter that sounds like it was scripted by a writer of ’50s pulp detective fiction—regardless of the “theme.” Sure, Bob can pull out some rather arcane tunes. So can Dr. Demento. This is what the voice of several generations has come to?

END_OF_DOCUMENT_TOKEN_TO_BE_REPLACED

If you’re like me, when it comes to quality musical entertainment, the first thing you think about is Pam Anderson. That’s right, she of the pneumatic torso and plasticized pouty lips. The human (OK: maybe she’s a cyborg; you can’t be too sure nowadays about things like that) Barbie doll who has shown a proclivity to attach herself to monosyllabically monikered performers (e.g., Lee, Rock). The woman who has proven that method acting is profoundly overrated if you can wear very little while emoting. In fact, it could be argued that Pam has proven that talent is overrated as long as you are, well, talent.

END_OF_DOCUMENT_TOKEN_TO_BE_REPLACED

If you’ve ever watched any NASCAR racing (and if you haven’t, you can catch the Daytona 500, this Sunday, the 17th—which is now causing you to wonder what the hell this has to do with music: Good question, but be patient; we’ll get there), you may have noticed certain things about those cars that aren’t quite, well, right.

Although the vehicles have the same names as cars rolling on thoroughfares across the land (e.g., Taurus; Monte Carlo), there are certain peculiarities. For example, consider the headlights. They’re not incandescent, nor are they halogen. They’re stickers. Just like all of those sponsorship logos. With regard to the interior, the vehicles are Spartan to an extreme. First of all, to get into the driver’s seat—the only seat, incidentally—it is necessary to clamber through the window opening. Or that might be “opening opening,” because where most of us have glass surrounded by that door frame, there’s just space in a NASCAR vehicle. Webbing is snapped in place instead of a window. One thing that seems oddly absent is the lack of a speedometer on the instrument panel; perhaps the thinking is that if you need to know how fast you’re going, you’re not going fast enough.

Which leads me to wonder about Sirius Satellite Radio’s February 13th service launch in Jackson, Mississippi. Sirius, if you’re not familiar with it, is radio’s version of cable television. Buy a subscription ($12.95/month) and get “60 original channels of completely commercial-free music in virtually every genre, and 40 world-class sports, new and entertainment channels.” In other words, rather than being surreptitiously hit up for cash by listening to commercials, or overtly hit up during public radio pledge drives, Sirius allows you to pay up front (along with your cell phone bill, ISP charge, car payment, car insurance payment, rent, groceries. . . .).

The kick-off in Mississippi sounds like it will be quite an event: Randy Travis, Earl Scruggs, Tom T. Hall, and more. Presumably a point is that you’re not going to get that sort of music on your AM dial. . .although I suspect that in places like Jackson, Mississippi, you do.

Anyway, here’s the thing that is exceedingly odd. In addition to the musical guests, there will be, and I am quoting from a news release, an “Appearance by the No. 7 Sirius Satellite Radio Dodge Intrepid R/T driven by Casey Atwood on the NASCAR circuit.” An appearance by a car? Is someone going to drive it in to the lot at “Famed Jackson Retailer Cowboy Maloney’s” and then simply allow the vehicle to make a cameo?

And while I may be wrong about this, I suspect that the vehicle in question will not be equipped with a digital quality radio system. Fire extinguisher, yes. Radio, probably not. No matter how many channels it pulls in.