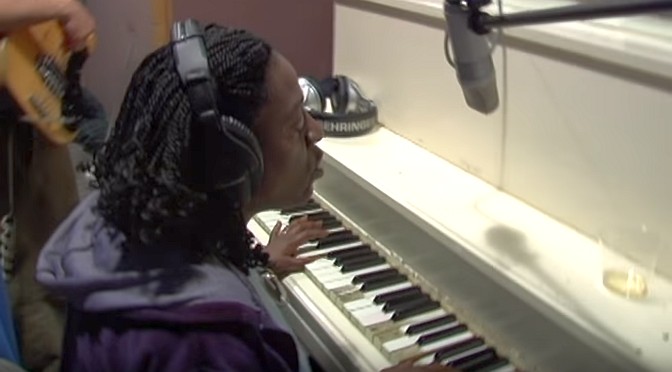 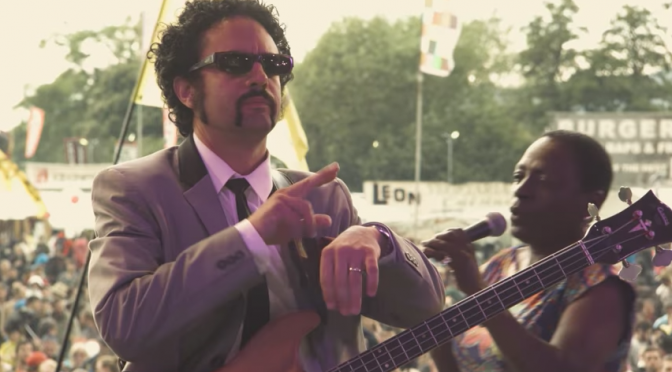 From Soul of a Woman, due November 17 on Daptone.

We were first turned on to Sharon Jones in 2007 when I (mistakenly, and which was debated at length in the comments) called Amy Winehouse’s Back to Black the best soul record in decades. Commenter “Matt” told me to go listen to Miss Jones and I’ve been forever in debt since.

I first saw Sharon Jones & the Dap Kings shortly after that article posted. It was revelatory. In the era of beard-stroking indie rock was this band of crack musicians fronted by a firecracker of a performer who took their jobs as entertainer seriously. Deadly seriously, as it turns out.

Sharon Jones was diagnosed with pancreatic cancer and documented her fight against it, while trying to also return to her passion and career fronting the Dap Kings, in the film Miss Sharon Jones! It’s a careful, honest look at the struggle and triumphs of serious illness. Jones, who was the personification of energy and strength on the stage, struggles throughout the film with the physical, emotional and financial strains of her illness and shows her vulnerability throughout and fights her way back to the stage and the road shows that pay her bills--and the bills of her bandmates, road crew and label staff. To know how the story ends, despite where the film ends, is heartbreaking.

Daptone Records announced Sharon Jones & the Dap-Kings’ final studio album, Soul of a Woman will be released on November 17, 2017. Just typing those words, “final studio album” makes me sad. I hate that we’ll never see her perform again and that she won’t be creating new music. It’s hard to embrace the adage that we should “not be sad that it’s over, but be happy that it happened” when such a talented and big hearted woman has been taken away. But I’ll do my best and I’ll dance in my living room with as much vigor as I can muster. It’s what she would have done. 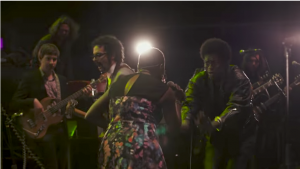 Post-script: Another Daptone flame was snuffed out by cancer recently when Charles Bradley died on September 23, aged 68. He was a James Brown impersonator in his past and used that time as a sort of apprenticeship that made his own live shows absolutely spellbinding. Seeing the clips of Sharon Jones talking shop and dancing with him brought an actual tear to my eye. The world has a little less soul and a lot less heart in it now. Fuck cancer. 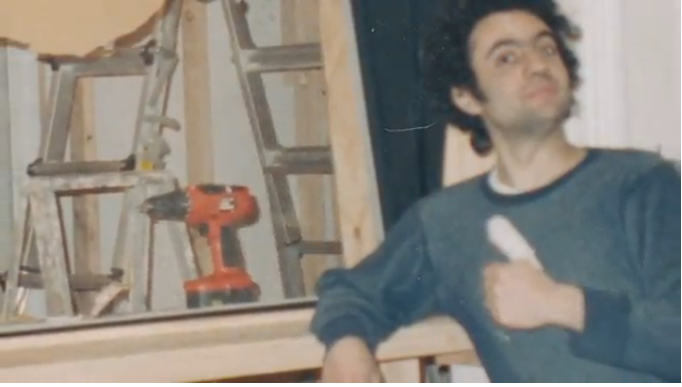 This video illustrates so much of what I love about independent music makers in general and Daptone Records specifically.

Celebrating ten years of service to soul music, Daptone Records takes you on a tour of their Brooklyn studio and HQ with stories of their humble beginnings and continued humility as they do what they love. See Sharon Jones wiring the control room, Charles Bradley roughing in the live room, and label chief Gabriel Roth showing off his pride and joy. Great, great stuff.

END_OF_DOCUMENT_TOKEN_TO_BE_REPLACED

Sharon Jones and The Dap Kings mark the Billboard Top 20 debut of their new album I Learned the Hard Way with a bad ass video for the title track.

Video: Sharon Jones & the Dap-Kings – “I Learned the Hard Way”

First week sales for the album totaled 22,689, putting I Learned the Hard Way at #15 on the Billboard Top 200 this week. This marks the band’s highest chart position yet, despite (or maybe because of) a low sales week.

END_OF_DOCUMENT_TOKEN_TO_BE_REPLACED 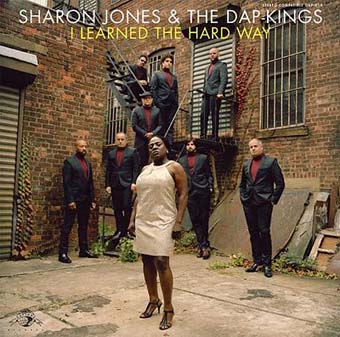 Video: Sharon Jones and The Dap-Kings -I’m Not Gonna Cry"

This is the first I’ve heard of “Dinner With The Band” from IFC, but I could watch Sharon Jones perform all day long. From the two clips I watched, I don’t really see anybody eating or even cooking dinner, but what do I know? Maybe “dinner” is a euphemism do something I don’t know about…

Check out a new song, “Are You Gonna Give it Back,” after the jump…

END_OF_DOCUMENT_TOKEN_TO_BE_REPLACED 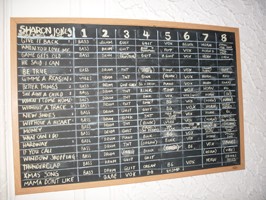 SonicScoop takes a tour of Brooklyn recording studios, and talks to Daptone Records’ owner/engineer/producer/bass player Gabriel Roth, who was in the middle of recording the new Sharon Jones & The Dap Kings record:

“We try to use as few mics as possible, and we’ve been using a lot of ribbon mics on this record. We figure out who’s coming in too loud and have the players and backup singers balance themselves, get the tones all right, in rehearsal, and then we record,” he said. “When you start using a lot of tracks, you end up having to do all that stuff in the mix. If you do it when you’re recording, it’s not really harder, it’s just sooner. People think it’s scary because you don’t have choices later, i.e. bring up the trumpets, but it’s like you’re going to have to hear that at some point. Whether it’s two months from now when you’re mixing, or now. So you may as well deal with it now.”

Awesome. That’s how to make a real soul music. No shit.

Sharon Jones & the Dap-Kings at the Crystal Ballroom

Sharon Jones makes you sweat. Her moves and voice pull sweat from your skin like blood rising in a hickey. Even in the damp cold of a Portland night, Sharon Jones & the Dap Kings had hundreds of hipsters dancing and sweating like they were extras in a 60s soul revue.

As has been documented here, I recently moved to Portland, Oregon. Now that GLONO’s Northwest office is up and running I finally got out to a show. We made our way through the fog and drizzle to the Crystal Ballroom in downtown Portland. For over 90 years, the Crystal Ballroom has been a premier music venue in this city. Everyone you can think of has played there; from Little Richard to Buffalo Springfield to the Grateful Dead to Liz Phair. I was excited to see it as much as I was to see one of my favorite bands.

The first thing anyone in Portland tells you when they hear you’re going to the Crystal Ballroom is, “the floors bounce!” And it’s true, they do. The floors are spring-loaded because along with hosting bands all these years it’s also been a dancehall. What better combination to entice a hall full of kids in baggy pants and hoodies to shake they asses and lose their detached cool, if for just a little while.