Video: The Ramones – “Do You Wanna Dance?”

Looks like the gang at Shout Factory is releasing a new “Roger Corman’s Cult Classics” edition of the 1979 Ramones cinematic masterpiece, Rock ‘N’ Roll High School, on DVD and Blu-ray. If you haven’t seen it, you can only imagine how awesome it is. If you need a little help with your imagination, we’ve got another clip below…the scene wherein P. J. Soles sings the title track to her all-girl gym class. Aw yeah. Actually, for a Roger Corman production, it’s rather tame!

END_OF_DOCUMENT_TOKEN_TO_BE_REPLACED 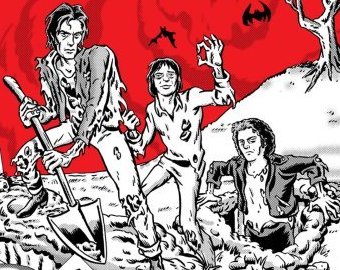