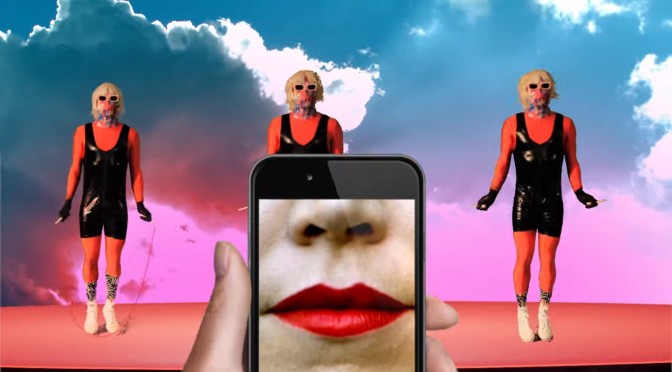 Directed by Danny Perez. From Reset, out August 12 on Domino.

Not sure what I was expecting when I heard that Spacemen 3’s Sonic Boom was teaming up with Animal Collective’s Panda Bear, but it certainly wasn’t jaunty bubblegum pop like “Edge Of The Edge.” Don’t get me wrong: It’s great. It’s super fun and it’ll make you happy.

Glad it’s not too heavy. Who needs that right now?

END_OF_DOCUMENT_TOKEN_TO_BE_REPLACED

Your girlfriend might hate this album. It’s much more for the record collector set than their long suffering and ever patient better halves who delighted in the dance pop of the band’s last effort. More Odessey and Oracle than Oracular Spectacular, the band wasn’t kidding when they said there’d be no “Time to Pretend” or “Kids” this time around. That’s not to say it’s not good, it just means it’ll be good for a smaller number of people and those people are the dorks who actually got that Zombies reference.

The band maintains it’s sense of pop, but this time instead of radio-friendly (what does that even mean anymore?) nuggets of unforgettable melodies and anthemic calls to “fuck with the stars” and “have some fun,” they draw from the roots of conceptual art pop of the mid- to late-1960s. And why not? Just like their forefathers, MGMT was thrust into the void of (indie) rock fame in the wake of a couple of really, really catchy tunes. They got pigeon-holed and expectations mounted for their follow-up. Druggies everywhere rejoiced when it was announced that the dude from Spaceman 3 would be involved only to have those same dreams dashed when we all found out it wasn’t Jason Pierce.