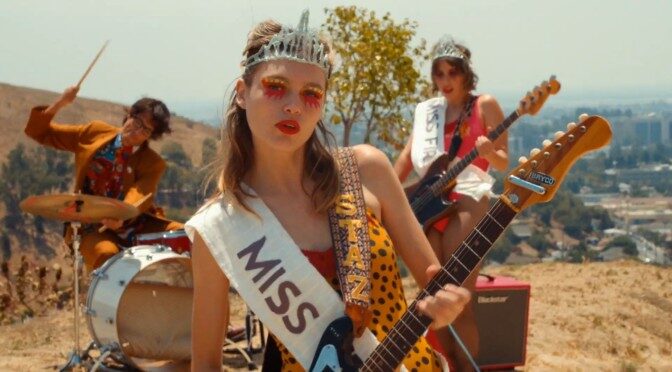 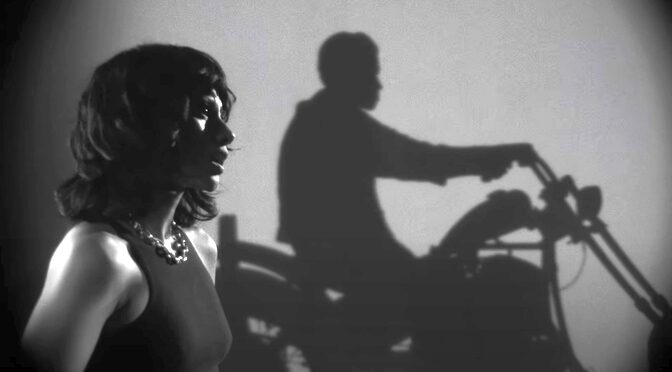 Directed by Ambar Navarro. From Play With Fire, out now on Suicide Squeeze.

Really though, to suggest that L.A. Witch cops the Phil Spector sound is lazy. Just because they use a lot of reverb? Come on. If anything, L.A. Witch has more of a George “Shadow” Morton sound. He’s the guy who wrote and produced the Shangri-Las and later worked with Vanilla Fudge and the New York Dolls.

Sade Sanchez says, “The song is inspired by Moto Boys like Mickey Rourke, Marlon Brando, and Steve McQueen, so of course we took a lot of inspiration from our favorite biker movies like The Wild One, Rumble Fish, On any Sunday, Easy Rider, Hells Angeles ’69 and The Girl on a Motorcycle. I had worked with (director) Ambar Navarro and Max [Flick, director of photography] on another project and loved their other work, so we wanted to work with them on this. They definitely did their homework and came up with a cool story line. I got to feature my bike that I’d been rebuilding during the pandemic. It was nice to shoot a video where you get to do two of your favorite things, riding motorcycles and play guitar.” 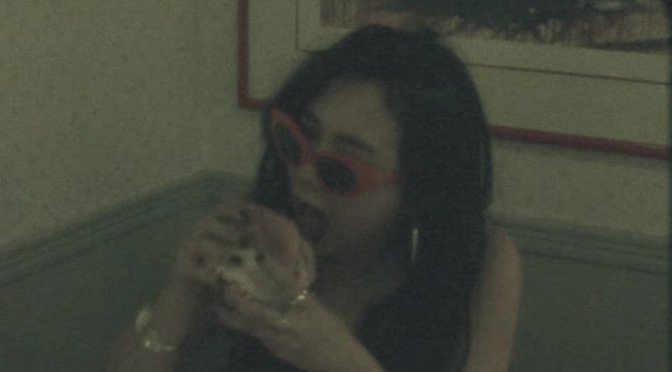 From L.A. Witch, out now on Suicide Squeeze.

Oh man, while their last single we covered (“Drive Your Car”) was a badass rave-up garage stomper, “Baby in Blue Jeans” is a slow burner with hints of early Spaceman 3 or some of the trippier elements of the Brian Jonestown Massacre. It’s psychedelic without employing any of the cliches associated with that descriptor. And now it’s got a gritty video to fit the mood. 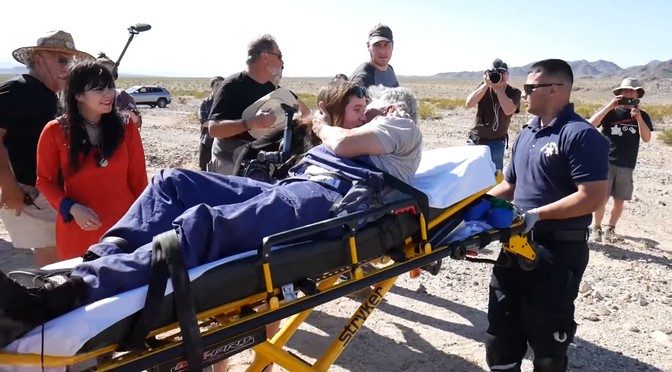 Video: Death Valley Girls – “(One Less Thing) Before I Die”

Directed by Kansas Bowling. From Darkness Rains out today on Suicide Squeeze.

On March 24, 2018, “Mad” Mike Hughes successfully launched himself into the sky in a homemade, steam-powered rocket. Elon Musk’s got nothing on this daredevil.

Director Kansas Bowling was there and the new Death Valley Girls video combines her footage from the day with additional footage of ritual sacrifice and mourning. Everybody grieves differently. Kansas Bowling does it with a fish.

Bonnie Bloomgarden said, “We heard of this guy that wanted to shoot himself into the sky in a home made, steam-powered rocket ship to prove that the Earth was flat. Kansas Bowling asked us if we wanted to go film the launch. At first we thought we didn’t care at all about flat earthers, or the flat earth theory, but then we met Mad Mike Hughes. Mad Mike is an amateur rocket scientist, lawyer, limo driver, dare devil, Guinness Book world record alum, conspiracy theorist, and is now running for governor of the state of Nevada. After going to three launches in the desert – two attempted, and one successful – we learned a lot. While we don’t agree with his politics at all, we are glad we met him, and that we learned one more thing before we die.”

You can see more footage from the launch on YouTube and some of it even includes cameos by Bowling and the band.

“(One Less Thing) Before I Die” features guitars that sound like they could’ve come straight from Sonic Smith and Wayne Kramer. And that’s high praise.

END_OF_DOCUMENT_TOKEN_TO_BE_REPLACED 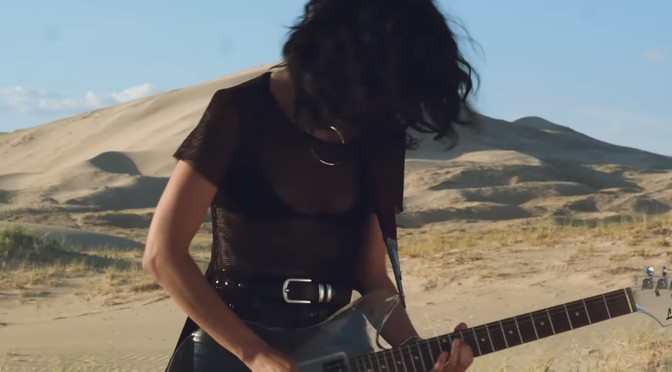 From L.A. Witch, out now on Suicide Squeeze. 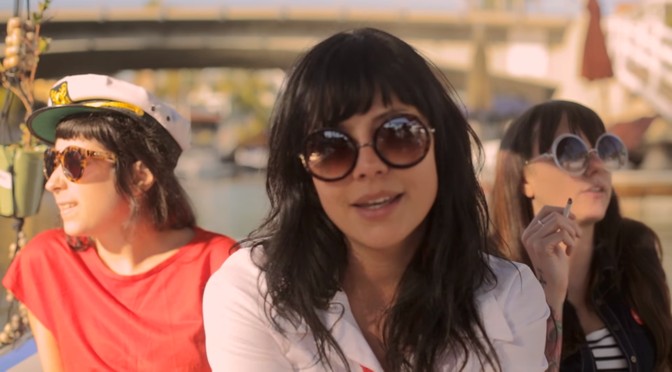 From Nosebleed Weekend, out now on Suicide Squeeze.

Another cool song from Atlanta’s garage girl group, the Coathangers. “Summer stole the perfume from my eye.” I don’t know what that means but it sounds good. Float on! 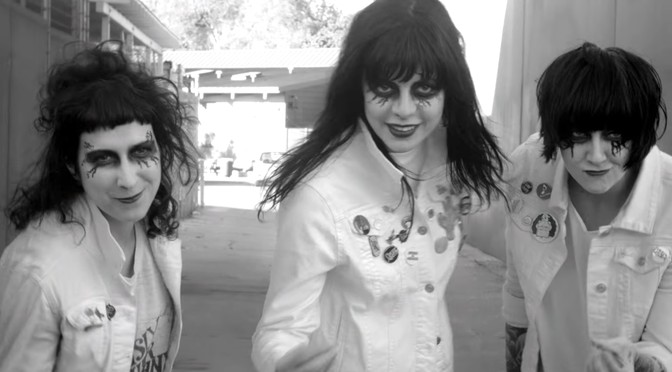 From the Parasite EP, out in June on Suicide Squeeze.

What’s not to love about a gang of tough gals in spooky makeup, drinking PBR and dancing around with knives and pompoms? Combine those visuals with a catchy punk song and you’ve got yourself a perfect formula. Adios, amigo!

END_OF_DOCUMENT_TOKEN_TO_BE_REPLACED

Elliott Smith’s 2003 single, “Pretty (Ugly Before)” b/w “A Distorted Reality Is Now A Necessity To Be Free,” is back in print on Suicide Squeeze Records. Get it while you can.

Hilarious song titles like “Hey, Wanna Throw Up,” Get Me Naked 2: Electric Boogaloo,” and “I Lost All My Money at the Cock Fights” might make you think you’ve picked up the Emo equivalent to Weird Al Yankovic. Think again. It’s more of the tried and true loud/soft dynamics and disjointed time signatures that have made Emo the Muzak of Generation Y. Not a bad record but not nearly as intriguing as the song titles.