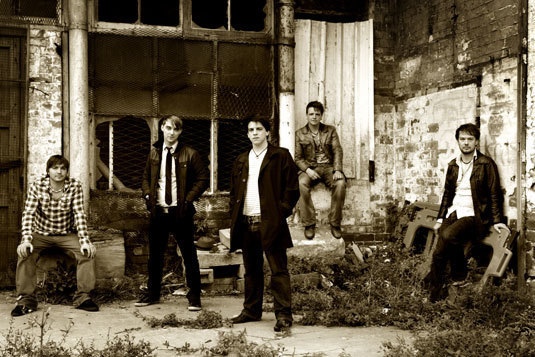 Playing to large crowds of people that may not have heard our music before. Also being part of the festival experience – it’s like a big party.

Portaloos – especially on the last day!

We get some great festivals in the UK and between us we’ve been to lots of them including Leeds festival (in our home town), Glastonbury (the year it was a mud bath!), Distortion festival and Isle of Wight.

Either Joe who has a habit of spilling drinks everywhere, or Jonny who likes to spread out so you always seem to get his feet in your face.

We’ve never been to Chicago so we are excited to see the city. We’ve heard it is an amazing place!

It hasn’t really affected us as we’ve only just begun our US tour and head to Colorado straight after the festival. [According to a press release received this morning, they’re actually playing Milwaukee, Madison, and Minneapolis before Colorado -Ed.]

We hope to see you at a show local to you later this year!

massive fan of the Dunwells!

Playing Saturday, August 4 at 4:30 PM on the BMI stage

The Dunwells - I Could Be A King