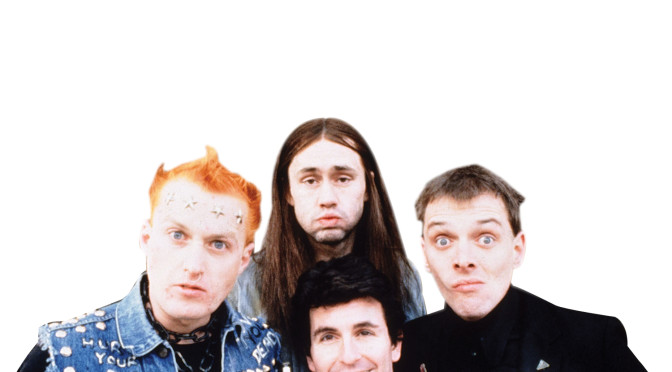 There were sweaty summer days in the late 80s where we’d sit around the house watching TV and chugging Mello Yello. We were American teens with a thing for British culture and in addition to the NME and Melody Maker, most of our understanding of Arcadia came from The Young Ones.

This passage from one of our favorite episodes is the best tribute we can think of for Rik Mayall, who died today at 56:

This house will become a shrine, and punks and skins and rastas will all gather round and hold their hands in sorrow for their fallen leader. And all the grown-ups will say, “But why are the kids crying?” And the kids will say, “Haven’t you heard? Rick is dead! The People’s Poet is dead!”

Hands up, who likes Rick? This time, all hands are raised. 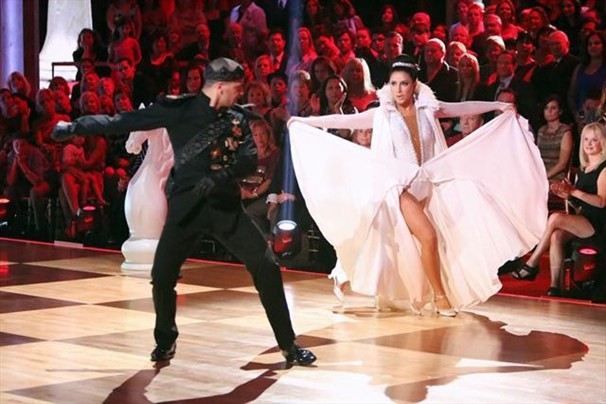 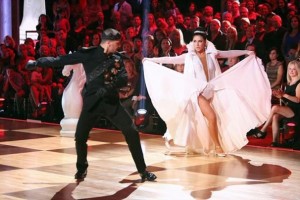 I rarely watch live TV. Yes, I’ll turn on the news in the morning while I’m getting ready for work. But for the most part, it is watching via DVR. Which means that I can view what I want when it is convenient (generally in the evening, when, I suppose, most people watch TV) and get through it a bit more expeditiously than might otherwise be the case (yes, as in fast-forwarding through the. . . ).

It has recently occurred to me that when I’m done watching the DVR and select the “View television” option on the screen, almost invariably there is some sort of live entertainment contest on. “The Voice.” “The X Factor.” “American Idol.”

A seemingly endless number of people singing covers who wouldn’t cut it in a dive bar. Cee Lo with some sort of bird. Britney Spears earning some sort of living. A few people who have better pipes than the people judging them. And on it goes.

Apparently, America’s Got a Huge Appetite for This Stuff.

But what has become of the performance, in prime time, of musicians who aren’t in a talent contest? Where are the prime-time shows that bring out bands?

While one might argue that “variety” shows no longer cut it, how to explain “Dancing with the Stars,” which is less about the dancing per se than it is the performers who are associated with doing things that aren’t dancing (to say nothing of the professional dancers—female and male alike—who are more provocative than you are likely to find cutting the rug at any dress ball)?

Prime time music is background music only, unless it is “Glee,” which is, again, about covers. Get your song on “New Girl,” “Gossip Girl,” or some other girl, and you’re going to get some traction.

Otherwise, what can a singer or a band do in order to gain some visibility on television? It seems that the only possible route is to become a vocal/musical imitator extraordinaire, because when it comes to TV, familiarity breeds comfort, and there’s nothing better than an audience that’s comfortably numb. 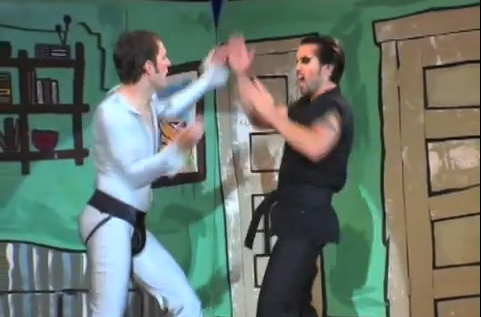 VIA the more than slightly dopey Bro Bible 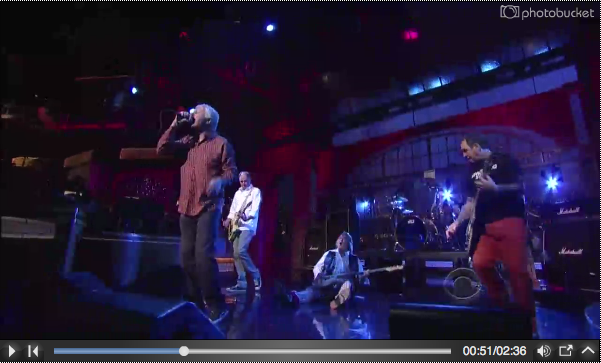 On the surface, everyone looks great. They have fine suits and slick cars and tight haircuts. They are masters of their industry and serious people. The slightest ding chips the paint, though, and we see that there are serious fissures beneath. It could all crumble at a moment’s notice, and the dust will run through Don Draper’s hands.

We all deserve a little fun before the disaster, though, and Peggy Olson is having hers. After a day at Jones Beach, Peggy and the gang pile into Joyce’s car for the drive back into the city. Peggy ends up on the lap of — who else?? — Abe, who is more than happy to accommodate. After a bumpy ride with a gal on your lap, what’s a guy to do but follow her up to her apartment for a quick roll in the sack? And who can blame these kids? It’s 1965 and shit is about to hit the fan. Better make good on the positive energy that friction produces before it gets too hot for everyone and the real sparks start to fly.

END_OF_DOCUMENT_TOKEN_TO_BE_REPLACED

Behind every good man is a better woman. It’s true of all men and especially true of “Mad Men.” The women incite and temper the men; they inspire and confound them. They are why we exist.

Don and Dr. Miller have fallen into a full-fledged affair with afternoon quickies, shared keys and everything. When she told Don a few episodes back that he’d be married within a year was she laying the foundation for herself to fill the role of the new Mrs. Draper? Her special skill is drawing information from people, often without the subject realizing it. Will she work that voodoo on our Man of Steel and to what end? Who cares, they’re knocking boots on a workday. God bless ’em!

END_OF_DOCUMENT_TOKEN_TO_BE_REPLACED

Every decade marks a changing of the guard. The previous generation finally reaches the peak and holds on for dear life as the upstarts claw and climb their way up and over, usually ignoring how their predecessors carved a path. It’s a maddening exercise for all parties as the old guys aren’t ready to pack it in, which infuriates the youngsters. And yet this ritual is as unavoidable as that in which the sun and moon partake every day.

When a young Cassius Clay won a gold medal in the 1960 Olympics he was nothing more than a talented fighter with a flair for dramatics. Nobody knew then that he would revolutionize boxing and stand as a figure for a new kind of politics, a new kind of pride, a new kind of attitude … nobody knew he would be The Greatest and use that stature to change the way people thought about race, the war, and justice. No, in 1965 the newly renamed Muhammad Ali was an upstart who taunted and teased his way into a fight against “the unbeatable” Sonny Liston.

END_OF_DOCUMENT_TOKEN_TO_BE_REPLACED

I often have the same thought when watching war films, especially those that strive to make the horror of war as realistic as possible: How does anyone return from that and conduct a normal life? I’m often reminded of when I went to see The Memphis Belle with my grandfather, himself a retired Air Force man who was a B-17 turret gunner over North Africa. He told me how hard one scene in particular was for him to watch. The squadron encountered German fighter planes and the crew of the Belle watched as planes around them were cut in half by flak, machine gun bullets and crashing German planes that refused to go down alone. These were bombers that carried their friends. My grandpa lived through the exact same experience and saw that very thing happen to his friends. And yet, somehow he was able to go on with his life. It couldn’t have been easy and it certainly isn’t easy for Roger Sterling.

It’s March 1965 and the Japanese surrender is nearly 20 years in the past but for Roger the war is still too close, still too vivid and still too painful for him to simply shake hands and do business with people he was trained to kill and who so many of his friends died fighting. Life goes on and business is part of life but when Pete arranges a meeting with Honda motorcycle company, a company looking to expand to automobiles in the very near future, Roger is simply not ready.

END_OF_DOCUMENT_TOKEN_TO_BE_REPLACED

It was a pivotal year, 1965. The initial shock and euphoria of the Beatles landing on our shores hadn’t yet faded but we were all getting used to basking in it. Our year of mourning over the Kennedy assassination was officially over even if the ramifications of that deep, deep wound were yet to be fully realized. It was a point when people of a certain generation had to make choices and had to decide who they were, where they were going, and what they stood for. It was also when the first cracks of the generation gap were truly being felt, and it was more than just in musical tastes. One generation was struggling to define itself while another was struggling just to get a foothold before the whole shithouse went up in flames.

Because I am in marketing and advertising, I love the scenes that involve the business of being a Mad Man…er, that is…an ad man. Don and Roger are caught on an excruciating call with their top client, Lucky Strike’s Lee Garner Jr., and trying like hell to get off the phone. But this is what you do when the majority of your business is with one client: you treat him like the king he is. Lee knows his importance to Sterling Cooper Price & Draper and is probably calling them on a daily basis to cry about the latest tobacco legislation or advertising restrictions on “sin” products. Agencies are more than service providers for clients, they’re often whipping boys, psychiatrists, and shoulders to cry on. Client services are rarely limited to what’s on your rate card.