Who's excited for some Homegrown?

There’s an interesting side story about that song “Florida”. My copy of the Tonight’s The Night LP is one of the earlier copies with an (almost) lustrously-flocked textured cover. But it’s missing one of the original inserts, which has on it a rather disturbing story that I hadn’t had a chance to read. I found an image online of that panel of the insert, took a screenshot of it, and saved it for later. A week later, I’m streaming Homegrown off the NYArchives website, and heard the haunting “Florida”, mentally filed it away. Then FINALLY I read the disturbing story on the TTN insert.

Sure enough, the text is the same as Neil’s spoken words of “Florida”. Weird, huh?
Top

Thanks for the reminder, Murph. I totally have that original insert but haven't looked at it in years! 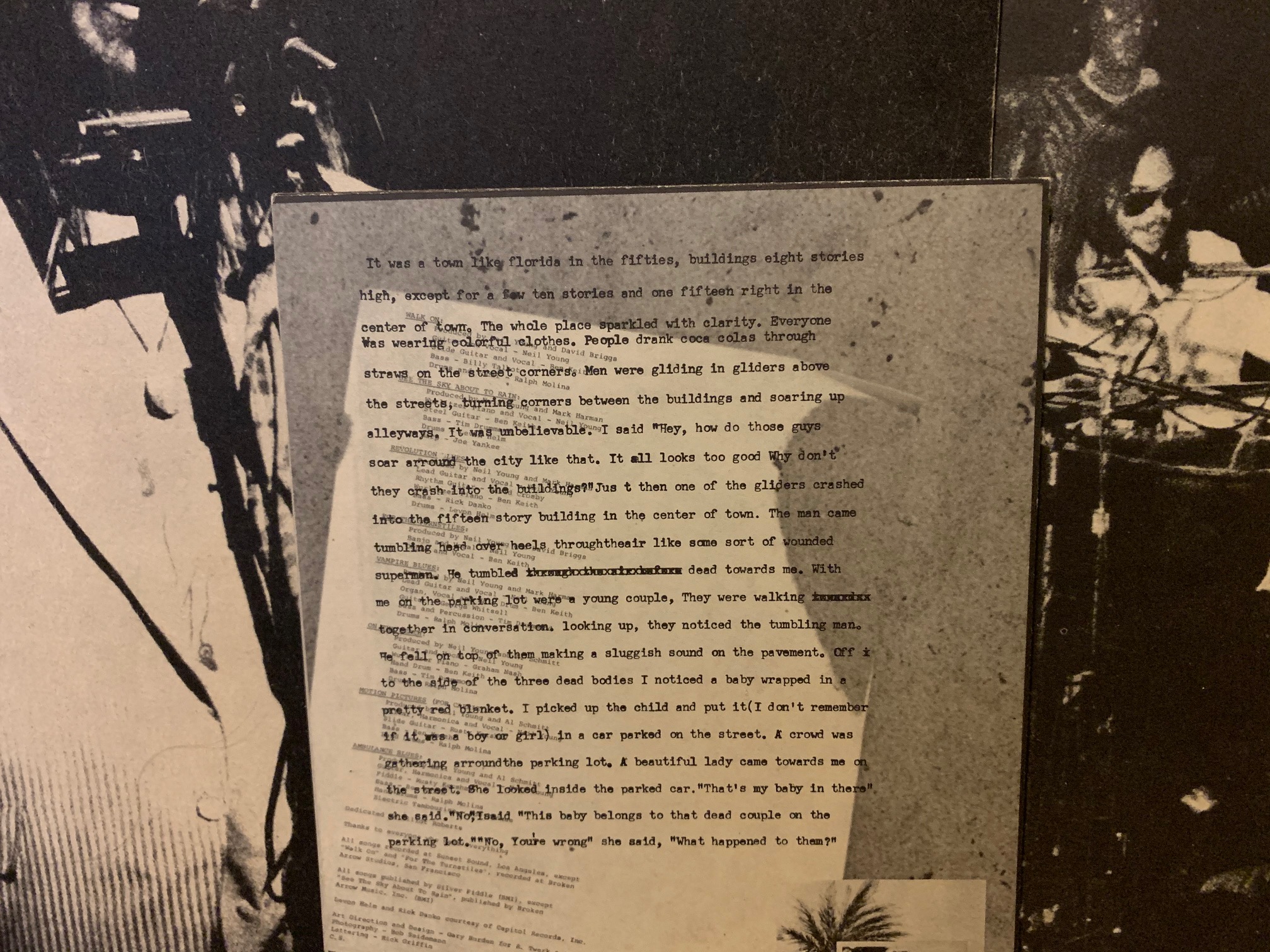 If you want to add some "bonus content" to your Homegrown playlist, these songs were all written or recorded around the same time: