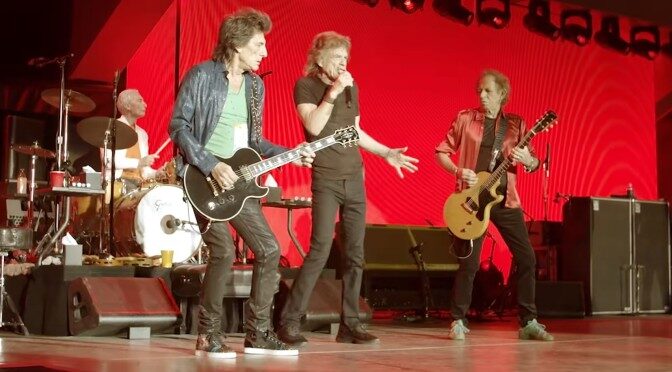 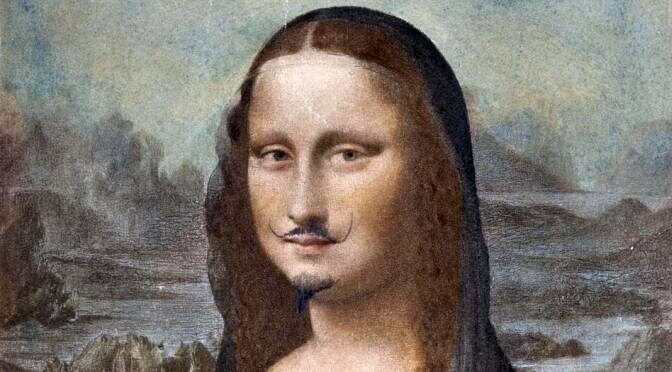 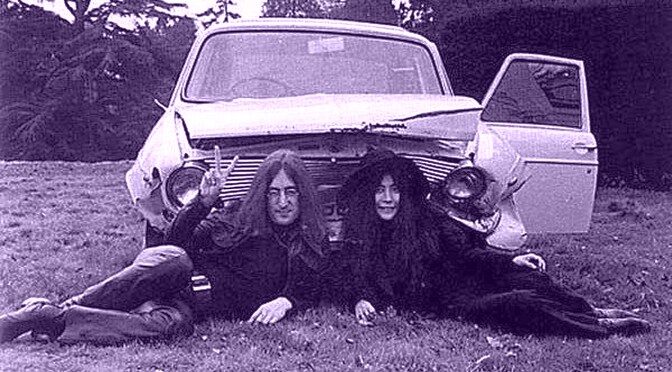 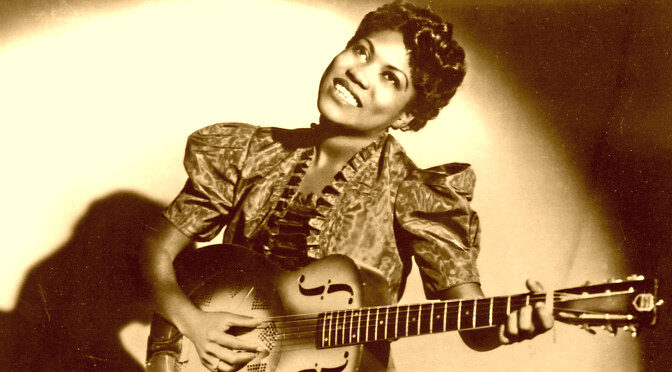 Nerds like to argue about the first rock and roll song. There’s no definitive answer. But it’s older than most people think it is. Way before Elvis Presley stepped into Sun Studio. Maybe before he was even born.

A few weeks ago I was thinking about Sister Rosetta Tharpe and some of the unheralded founders of rock and roll. Or under-heralded anyway. Tharpe had a big hit with Lucky Millinder and his orchestra in 1942 with a song called “Rock Me” but I learned that she had released a version in 1938 with just her and her guitar. 1938! Wow, right? I started wondering how far back we could go and find stuff that could reasonably be considered rock and roll.

Pretty far, it turns out.

Of course, I have long subscribed to the Billy Joel method of genre classification: Hot funk, cool punk, even if it’s old junk, it’s still rock and roll to me.

So I made a playlist. One song per year without repeating artists. My criteria were straightforward: The song had to be good, preferably featuring guitar, ideally with sinful lyrics in some manner or other. Bonus points if they mentioned “rocking” and/or “rolling.”

I sought out stuff that combined elements of country/hillbilly with blues/race music and vice versa: the musical miscegeny achieved by marrying those two deeply American forms together.

These were the guiding principles for the pre-Elvis years anyway. After that, it got wigglier.

But there are so many great songs released every year. How do you pick just one? It’s hard. It’s frustrating. And it’s painful to leave off songs and artists you love and you know are important.

END_OF_DOCUMENT_TOKEN_TO_BE_REPLACED

So what do you do?

There is, of course, always the potential that things could go pear-shaped.

Perhaps a Bernie Madoff-type makes off with a sizeable chunk of doubloons. Perhaps there is an ever-increasing compulsion that results in an ever-decreasing amount hidden under the bed.

Things that could cause a need for more money.

Much of your life has been spent somewhere.

Sometimes you don’t even know where is there. Someone needs to tell you. Or at least remind you.

Things have gotten to the point where it is a different room and when you get up at night you’re not twigged to where in the suite the bathroom is located.

But that’s the life. And you remember when it was something where you were in a caravan and simply had to use the nearest tree or wall.

At one point it got old. Tired. Really old. And then you were young.

But like the sound barrier, you broke through and now you are on the other side.

Always on the other side.

At this point there is no going back.

And you ask yourself what exactly it might be that you’d be going back to.

END_OF_DOCUMENT_TOKEN_TO_BE_REPLACED 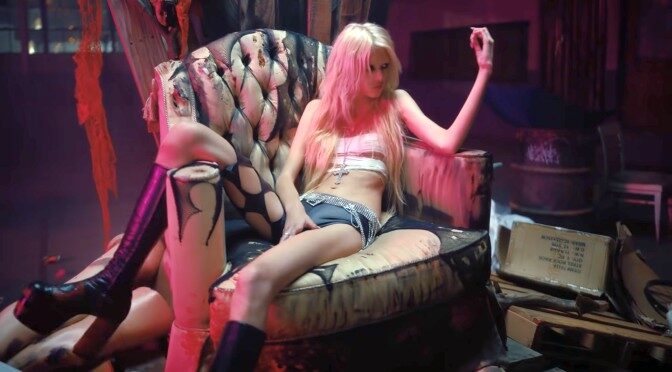 Why do edgy people hate eyebrows? What’s up with that? And why do people without eyebrows look so scary and alien? Is it, like, because if somebody doesn’t care about keeping rain and sweat out of their eyes, what could they possibly care about at all? Nothing. Nothing at all. Sociopaths, clearly.

Anyway, this new Starcrawler video features Danny Trejo and David Hasselhoff and a bunch of other Hollywood dudes. It was directed by Trejo’s kid who clearly knows some people. It’s got a sort of “Beat It” by way of Marilyn Manson vibe. Be sure to stick around for the post-credits scene where Trejo and Hasselhoff wonder what they’re doing there.

Mama always said I’d be someone’s queen
Someone to hold me tight, so I can rest in peace
I’ll be your little darling, wait and see
Close your eyes, count to three.

“Goodtime Girl” appears on the soundtrack to Dark Nights: Death Metal, which is a series of comic books. Which apparently have soundtracks now? So nerds have something to listen to while they read? I don’t know.

Starcrawler’s Arrow de Wilde says, “I want a girl who might normally feel like she’s awkward or insecure to put her headphones on and feel like she can accomplish anything.” The song is about “realizing your power and taking complete control of that. I wish I had a song like this when I was in middle or high school. If I did I may have been a lot more confident with myself at the time.” 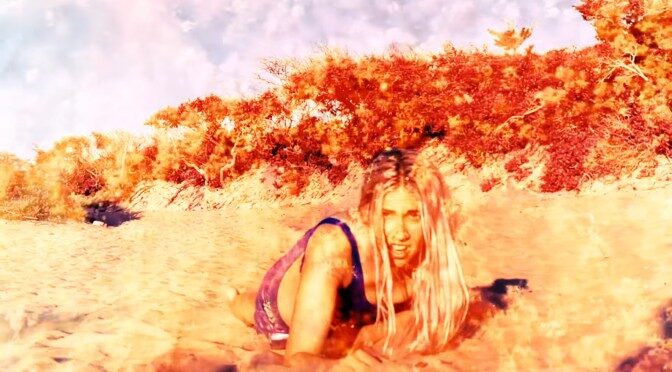 From Thirstier, out July 30 on Merge.

New songs from Mackenzie Scott are always welcome and it’s been fun to see her evolve from her quieter, moodier 4AD material into this dynamic new Merge era. Her videos are always interesting in the way they present domestic carnality in unexpected ways. This new video for the title track of her upcoming album is no exception.

Our hero frolics at the shore while her love interest sits naked on the branch of a tree with her back to us, toes in the beach grass. Torres videos are sensual without being vulgar. I’m sure a clever point could be made about the male gaze, but I’ll leave that to smarter people.

Keep me in your fantasies
Baby, even though you live with me
The more I look, the more I see
As long as I’m around, I’ll be lookin’ for a nerve to hit
The more of you I drink, the thirstier I get.

When adults in long-term relationships talk about sex it tends to be either boring or gross. Unless it’s in a Torres song.

END_OF_DOCUMENT_TOKEN_TO_BE_REPLACED 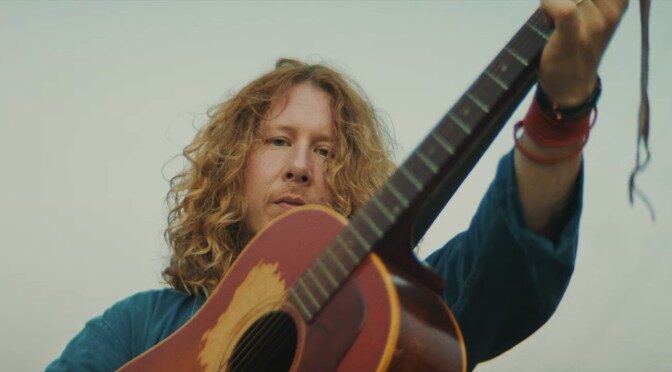 Directed by Carrick Moore Gerety. From Circuit Boredom, out now on his own label, Noise Company.

The passing of time is something else, isn’t it? It blows my mind to think that Ben Kweller was just a 20-year-old kid when he released Sha Sha. Now he’s 40. I guess you wouldn’t know it from listening to his voice. He still sounds like the kid who sang about watching “Planet of the Apes” on tv.

Kweller’s sixth album, Circuit Boredom, was finally released on January 1, almost two years after he first announced it with the single “Heart Attack Kid.” So in case you hadn’t heard, it’s out. 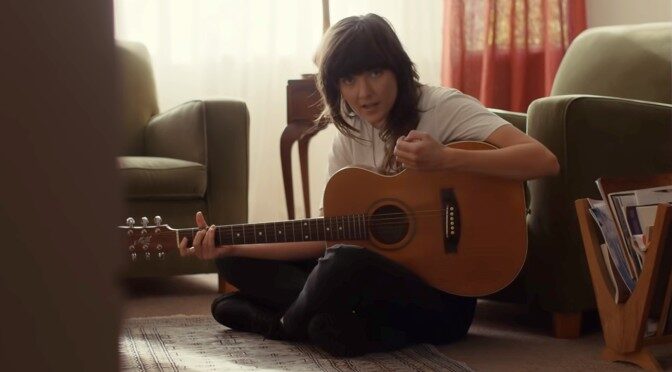 How did you spend your pandemic? Get anything productive done? Courtney Barnett spent hers writing and recording a new album.

She told Rolling Stone all about it. Instead of calling up her live bandmates to the studio, she and producer Stella Mozgawa played everything themselves utilizing the same lo-fi drum machines that Barnett had used on her demos: “It’s pretty much just us. It feels so alive to me, like it’s all happening at once.”

Barnett told Rolling Stone that lead single “Rae Street” started off as a writing exercise. “One day I made a list of all the phrases that I could remember my parents saying.” If that’s the case, her parents were pretty intense.

Shine those shoes and mow those lawns
Let’s get back to normal.
Lay it all on the table, you seem so stable
But you’re just hanging on. 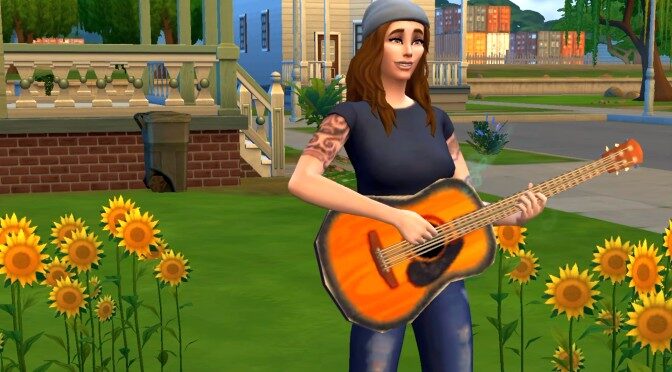 From Bless My Psyche, out September 10 on Hopeless.

I tend to hate animated videos. Just seems like the musicians couldn’t be bothered to show up and participate. I know that’s not always the case. Sincere Engineer’s Deanna Belos made this one herself.

“This was one of the music video ideas that I thought of during the year of the pandemic that I could execute by myself. I played The Sims a bunch as a kid. I had to stop when I got older and felt a weird sadness about it--spending my real life playing a game that is a computer simulation of my life. It’s still fun, though. I let myself play it guilt-free to make this video, because I could call it work, ha ha!”

It features a Sims-y Deanna Belos hanging out in her Sims-y apartment being sad, meeting up with her Sims-y band, and then going out and dancing the Macarena at a Sims-y club. What more could you want in a music video? Not much.

To this taxi driver I’m more honest
Than I ever was to my therapist.
I told him I’m in love with you,
One year, three months before you knew.

Belos says the song is “about struggling to make life in those few hours after work—motivation fleeting like the sunlight. It’s sort of a reminder to myself to push through the exhaustion and get up and go out. I’m only cheating myself out of precious life time if I don’t.”

Which, of course, is probably something we can all relate to. 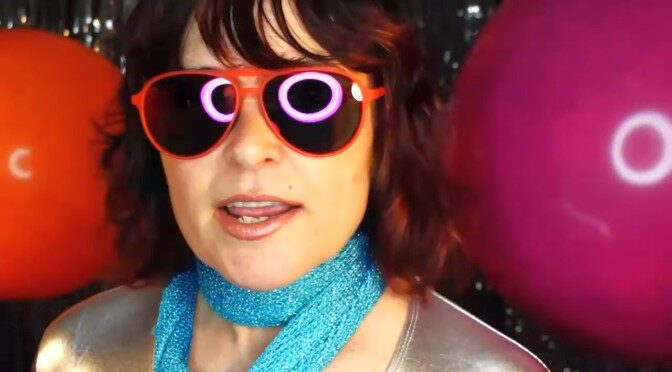 In case you were wondering, Dressy Bessy is still here.

“I’m Still Here” is the first we’ve heard of the E6 band since 2019’s Fast Faster Disaster on Yep Roc, and it encapsulates all the handclappy spunkiness that first attracted us to the band with 2005’s Electrified.

According to The Beatles Bible, “Lennon was a notoriously bad driver.” On July 1, 1969, the day that recording was to begin for Abbey Road, Lennon, Yoko Ono, her daughter Kyoko and his son Julian were involved in a car accident, as Lennon drove into a ditch in Scotland. He would have probably been better off had he (1) been a better driver or (2) had a better work ethic, such that he’d show up in the studio, which is located in London, on July 1.

He did make it to the studio on July 9. As Yoko sustained more injuries than John, a double bed was ordered from Harrods and delivered to the studio, so she could be on hand in order to provide her insights into the music. Their first bed-in protest against the Vietnam War had occurred a few months earlier, in March, in Amsterdam. May 26-June 1 they had their second, in Montreal. Perhaps this bed was a protest about something else.

The first day Lennon was in the studio the band did takes 1 to 21 of “Maxwell’s Silver Hammer.” The following day they did overdubbing and mixing of the tune.

Lennon, evidently, missed Ringo’s 29th birthday, which was on the 7th.

The song in question is about a serial killer. That Macca is quite the crack-up.

Apparently John was completely dismissive of the song, reportedly not participating. George and Ringo didn’t much like it, either, but they performed on it.

One of the reasons they weren’t chuffed about it was that it took three days to complete. A three-minute, 27-second ditty. Three days.

Paul must have really been invested in it.