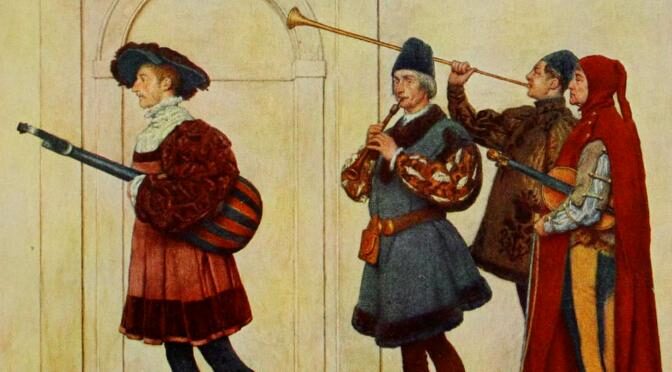 “The man that hath no music in himself,
Nor is not moved with concord of sweet sounds,
Is fit for treasons, stratagems and spoils;
The motions of his spirit are dull as night
And his affections dark as Erebus:
Let no such man be trusted. Mark the music.” The Merchant of Venice

To say that music is important in the United Kingdom is to understate things immensely.

“Prior to the Covid-19 pandemic, the creative industries added between £110 and £130 billion to the UK economy, supported over two million jobs and, since 2010, grew at nearly twice the rate of the economy as a whole. . . . The UK music industry contributes an estimated £5.2 billion in gross value added (GVA) to the UK economy per year, of which recorded music generates approximately £1.5 billion in retail revenues: a figure that is also growing year-on-year. The industry employs over 200,000 people, ranging from music creators (including over 50,000 UK artists) and their ecosystems, music venue and touring staff and employees of record labels, music publishers, music streaming services and collecting societies. . . . [I have no idea what a collecting society is, but I like the concept] Annually, the sector generates £2.7 billion in exports, and recorded music specifically generates £500 million in export revenues.”

All of that comes from a report conducted by Parliament, “Economics of Music Streaming.”

In the UK there is a recognition that there is a non-trivial number of citizens who make their livelihoods from music. In research conducted last year they discovered that 90% of UK festivals had been cancelled due to COVID and 93% of grassroots music venues were on the edge of shuttering. What’s more, they found that a quarter of people in the music industry didn’t qualify for Self Employed Income Support Scheme (a supplemental income program from the government, sort of like unemployment compensation in the US). And producers and sound engineers had lost an average of 70% of their income as a result of the socio-cultural-economic impact of COVID on the UK.

In the US the was the passage in December 2020 of the “Save Our Stages Act,” which provides $15-billion administered through the Small Business Administration, setup to provide six months’ of financial support to venues to keep their employees solvent. A good thing (although reportedly bolloxed in its administration at the start), but it is notable that the Brits take music so seriously that they have economic analysts looking into the impact on the finances of the country overall, as well as individual workers in the industry. Strange to think that Boris Johnson is a member of the Conservative Party. When he had an alleged conservative in charge of our government it resulted in little more than embarrassment, which continues today.

The UK researchers noted, “The abrupt and enforced loss of live music income for musicians during the pandemic subsequently recontextualised concerns about the economics of music streaming.”

“We have received almost 300 pieces of written evidence, organised an engagement event with emerging artists and held seven oral evidence sessions during which we heard from performers, songwriters, composers, music companies, trade bodies, collecting societies, government ministers and, of course, the streaming services themselves.”

They point out “dissatisfaction with music streaming within the music industry predated the Covid-19 pandemic.”

But it isn’t a study that simply concludes that streaming is bad and the music industry requires a return to the Arts and Crafts Movement of the mid- to late-19th century (e.g., William Morris: “Nothing should be made by man’s labour which is not worth making, or which must be made by labour degrading to the makers.”), because there is more than a tacit recognition of the economic impact of streaming, albeit not entirely positive for those whose labour is involved in creating it, rather than those who, dare I say, own the means of production.

But there is something of a whiff of the small crafts approach overall. Consider this:

“Will Page, visiting fellow at the London School of Economics and former chief economist at Spotify, argues that whilst streaming has returned the recorded music industry to profit, music creators—that is, performers, songwriters and composers—have not proportionately shared this benefit. Mr Page observes that:

‘For labels, the music industry is thriving. Between 2015 and 2019, the streaming-led recovery boosted UK major label turnover by 21 percent and operating profit margin increased from 8.7 percent to 11.8 percent. The recorded music business not only got bigger, but also much more profitable for record labels. Artists, however, have not received proportional benefit.’”

The people who make the music don’t benefit nearly as much as those who essentially take ownership and distribution.

Presumably there are those in the UK Parliaments who are sensitive to the importance of the industries in that country and therefore are keen on making it something that is sustained.

It is interesting that once the UK was a force to be reckoned with in the automobile industry, with marques like Rolls-Royce and Bentley. Rolls is owned by BMW. Bentley is owned by Volkswagen.

According to the British automotive trade organization SMMT, the top five brands making cars in the UK in 2020 were: Nissan, Jaguar Land Rover, MINI, Toyota and Honda. While the first, fourth and fifth are clearly not British companies, neither are Jaguar Land Rover (it is owned by Tata Motors of India) nor MINI (BMW).

You’ve got to believe that in a country where there were the Beatles, Rolling Stones, The Who, Queen, etc. essentially being massive export firms in the UK, there is a concern that now there aren’t the same sort of going concerns, I mean bands. (Yes, yes, I know that there are still alleged versions of the Stones and The Who.)

But what is encouraging for musicians in the UK is that there seems to be an understanding that it is important that not just the massive outfits gaining revenue, but that it is critical to maintain those small individuals who are playing in dingy clubs or in subway station corridors, because it is from them that art emerges.

As John Ruskin, Morris’ ally in the Arts and Crafts Movement wrote, “When love and skill work together, expect a masterpiece.”

When someone is unfairly taking advantage of your love and toil, expect calamity.