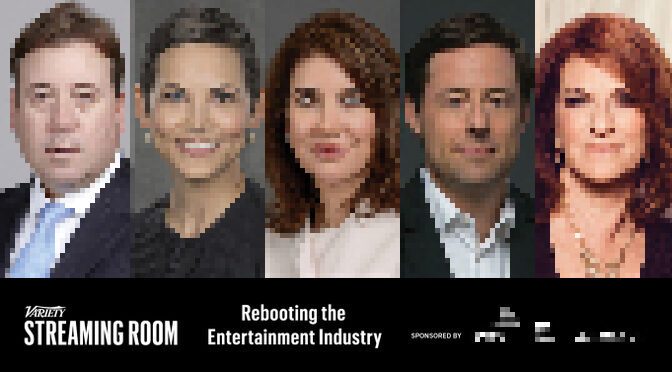 One of the things that is not well known about many publications is that they don’t make money—or at least much money—from the publications themselves, be they the physical object that we know of as a magazine or as a digital variant. You’ve probably noticed various subscription offers—tote bags notwithstanding—that have a phenomenally low price. That’s predicated on the publications needing to get high circulation prices so that they can “sell the audience” to advertisers: “We have X + 1 readers, which is better than our competitor, which just has X, so buy our space.” Cheesy tote bags can go a long way.

Another way that they make money is to hold events of various sorts. They capitalize on the brand that they have otherwise established.

One of the consequences of COVID-19, at least for the organizations that care about the health and well-being of their supporters, is that there have been a vast number of in-person events cancelled or postponed. Let’s face it: any event needs to have a critical mass of attendees in order to pay the venue rental and so on, and that critical mass would be difficult to achieve if there is social distancing involved. Of course, there is the possibility of some promoter thinking, “Well, since we can only have 50% of the attendees, we’ll have to double the price of the event.” And that is unlikely to work particularly well for a variety of reasons, ranging from the fact that there is still a high level of trepidation among those who still have jobs regarding how long that’s going to last (I find it interesting that of late when jobs numbers are reported it sounds as though only low-wage individuals have lost their jobs when there are regular reports, for example, in publications like Adweek about agencies shedding people and offices), to say nothing of the millions who simply have lost their jobs and that restaurant or club just isn’t coming back.

So the alternative that some publications are taking is to hold virtual events. One of them is Variety, which describes itself as “the most authoritative and trusted source of entertainment business news, reaching an audience of affluent influencers. For 113 years, influential producers, executives and talent in entertainment have turned to Variety for expert film, TV, digital, music, and theater business analysis and insights.”

In an interview with Morning Consult, Dea Lawrence, Variety’s chief marketing officer, said that since COVID-19 they’ve held more than 60 “Variety Streaming Room Events.” What’s striking is that there are significantly more people “showing up” for the virtual events than there were for the physical ones.

That is, pre-COVID, only 10% of those who bought tickets for the physical Variety events actually showed up. For the virtual events, the number is 43%. As Lawrence said, “We started pitching all of the advertisers immediately. . . .”

Which leads to a question about the viability of musicians being able to make some reasonable money performing virtual concerts—although those who aren’t in the megasphere it would undoubtedly be necessary to acquire sponsorship support to make this happen, a skill set that most bands that aren’t brand names probably don’t have (i.e., no “chief marketing officer”).

Arguably, bands are going to have to do something along these lines if they want to continue to exist because the outlook doesn’t look at that swell. According to the most-recent survey from Morning Consult only 15% of all U.S. adults would feel comfortable going to a concert right now—which is about the same number, 13%, who would feel comfortable right now traveling abroad, and most of Europe as well as even Canada is closed to tourists from the U.S.

What’s more, 44% of those surveyed don’t think they’d feel comfortable attending a concert of six months or more than now.

Which is to say that this isn’t going to get better any time soon.

But it all comes down to numbers. There is a need to calculate just what it is going to take to promote and sell a virtual show not just to cover the price of the platforms involved, but to actually make some money. And just like the magazines offering tote bags in order to drive up numbers to entice advertisers, there needs to be a means by which the bands are going to be able to build numbers so that they will be able to achieve some level of sponsorship to help them defer costs at least and make a little money at most. (It always struck me as odd that bands who ostensibly wouldn’t need sponsorship support got it in spades: I don’t know if this is amusing or sad, but the Rolling Stones’ No Filter tour of North America, which was canceled on March 17, was to be sponsored by Alliance for Lifetime Income, which is “focused on helping educate Americans on the risks of outliving their income so they can enjoy their retirement lives.” [This would be the point at which I would note Mick’s, Charlie’s, Ronnie’s and Keith’s ages–but I won’t.] It is worth noting that according to Morning Consult data, only 12% of Boomers are ready to go to a concert right now—fewer that the number who would go to an amusement park (15%–and I wonder why this is something that they ask about: COVID vs. rollercoaster; COVID vs. Mickey Mouse), yet it isn’t like Millennials are ready to start dancing in the seats, as only 20% of them are ready to go back to a concert.)

As tedious as this is all becoming, it is clear that in order for clubs and other venues to survive—as well as for the musicians who perform there—it is necessary for alternative approaches to be taken. Theaters are not going to be able to increase ticket prices proportionately to the number of seats they need to keep empty. So alternatives have to be created, and what those alternatives are are probably going to come from looking at what other event organizers are doing—like Variety.