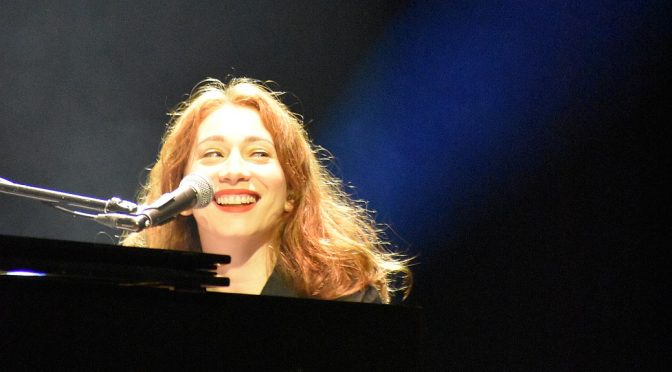 She was valiantly fighting a “battle with phlegm, guys,” but she didn’t let it affect her singing. She’s got powerful voice although she’s rarely showy about it. She whispered between songs, gently admonishing someone up front for tapping away on their screen. “What’s happening that’s so important? There’s important things happening all the time now. I never feel boredom anymore. I just feel angry.” She quoted someone who said that boredom is necessary in order to to create poetry. And now we’ve traded boredom for anger.

The entire set was a mix of favorites and obscurities with Spektor peppering her stage banter with profanity. “How are we gonna make America unfucked, guys? I dedicate this to getting these motherfuckers out!” The audience went wild as she launched into “Ballad of a Politician.”

I don’t know how we’re going to unfuck America, but I think the process should probably start by spreading the influence of quirky Russians like Spektor as opposed to whatever it is we’re currently getting tricked into liking on Facebook. 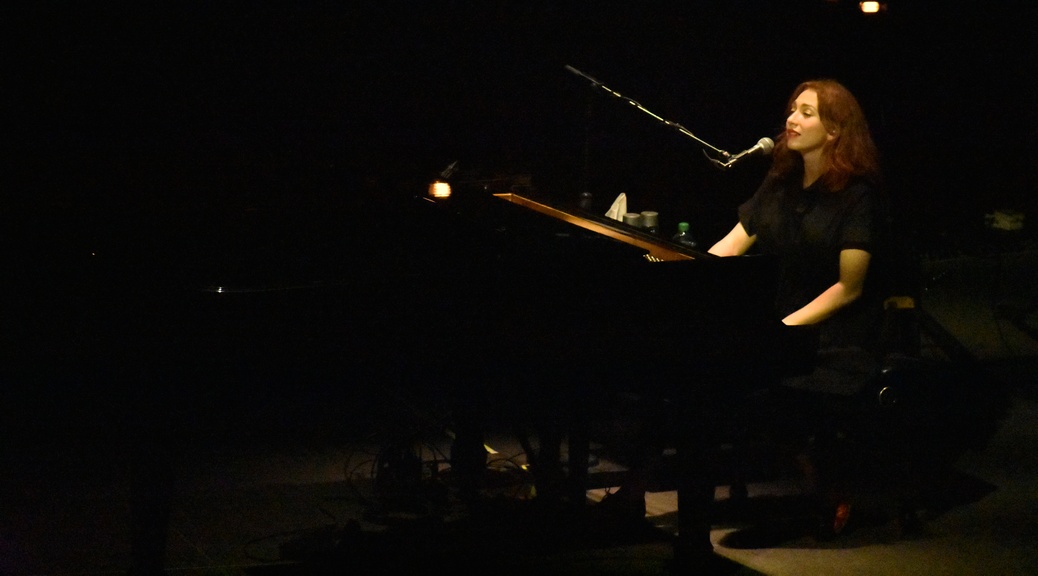 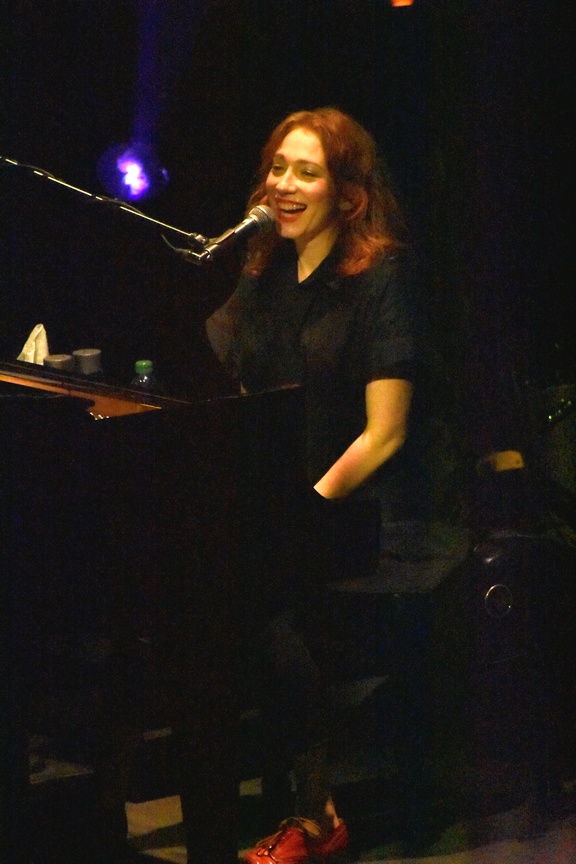 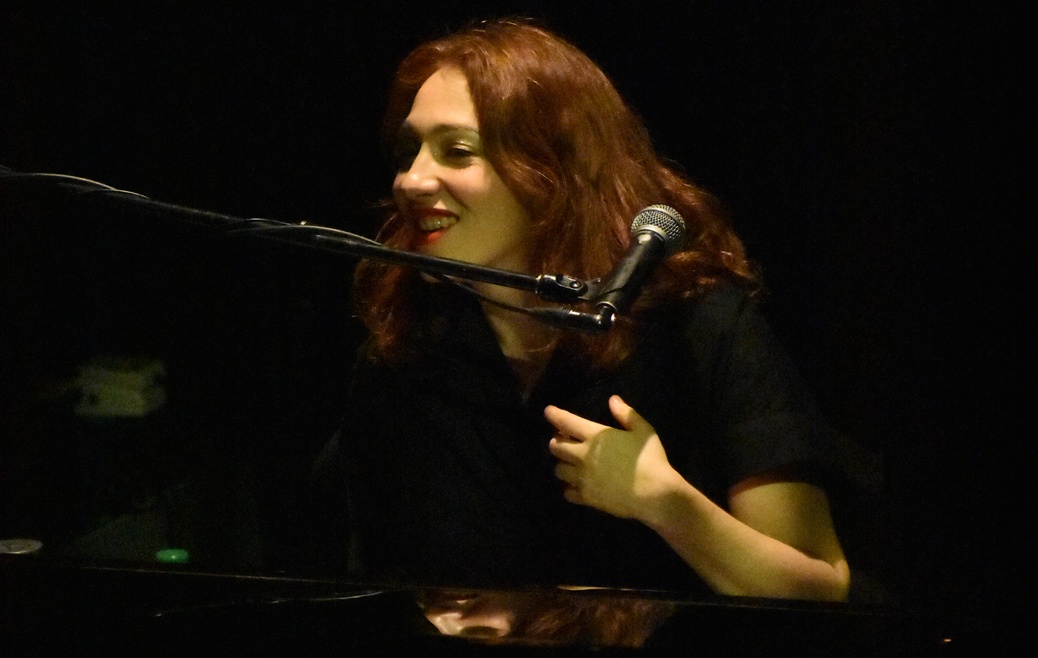 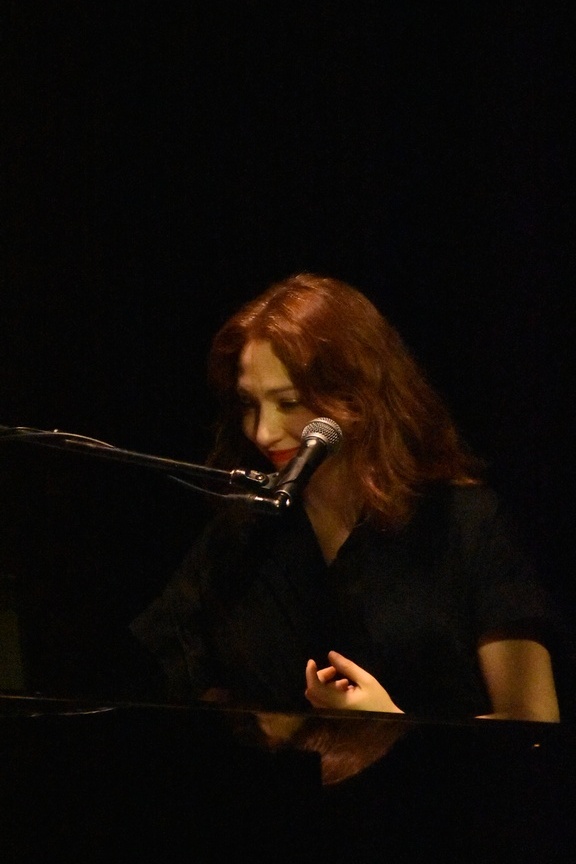 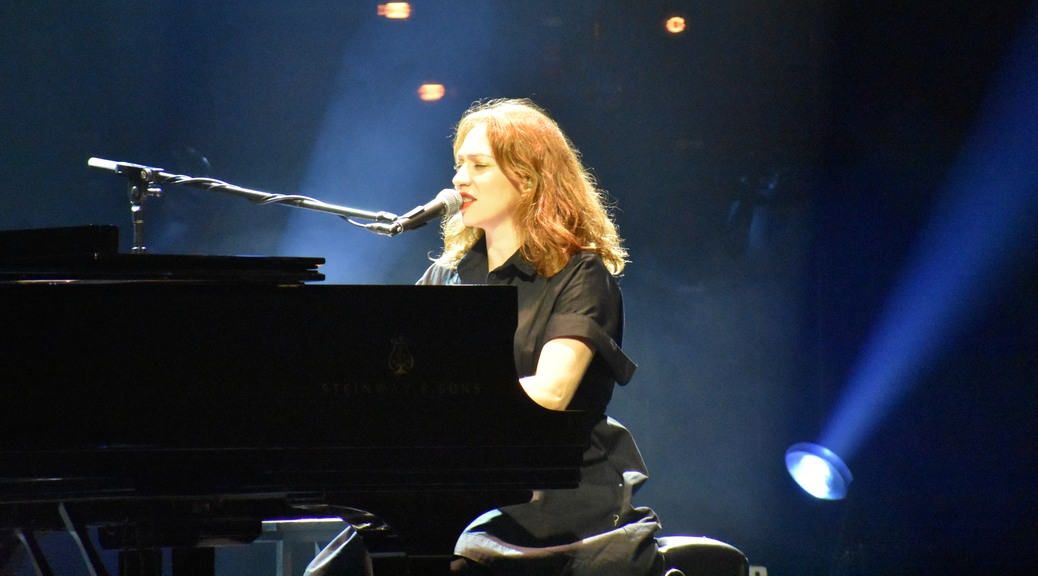 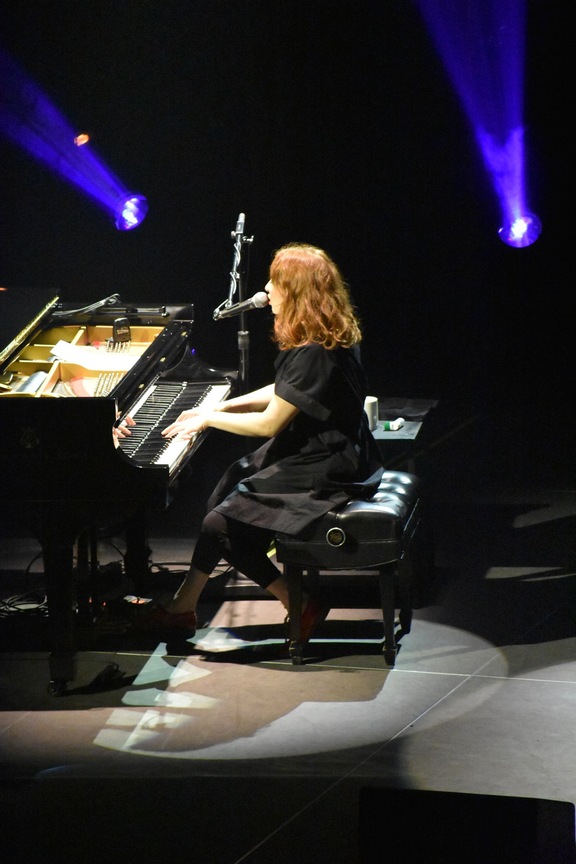 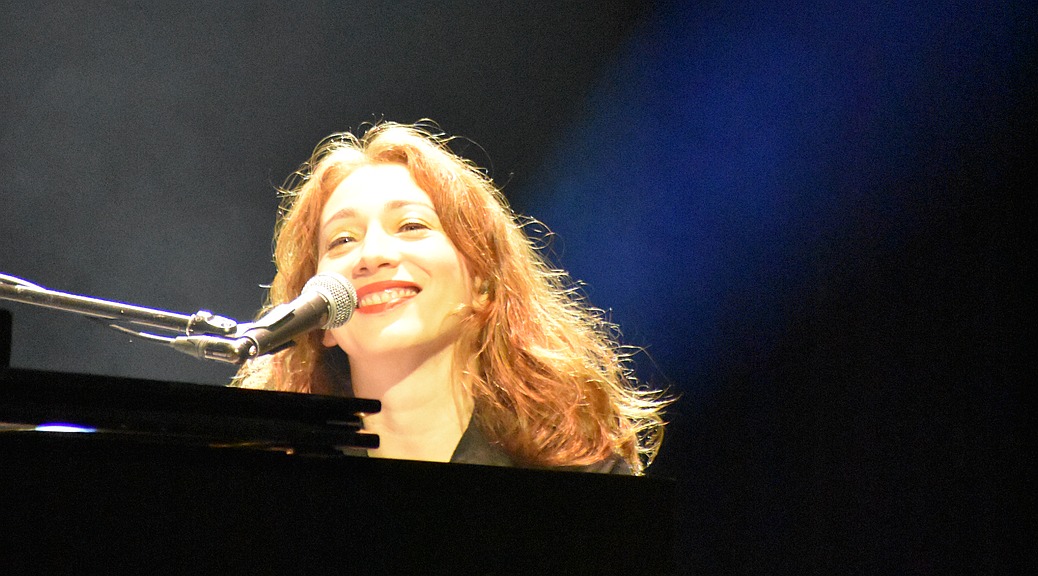 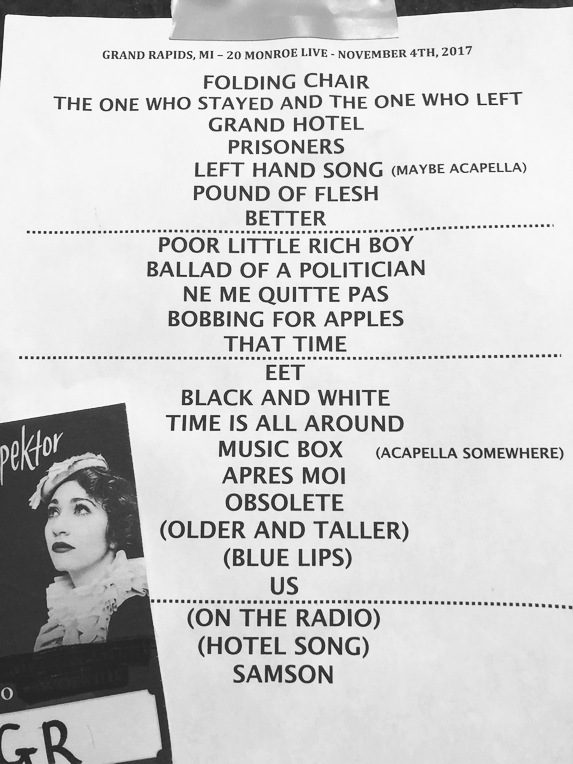 This setlist is not entirely accurate, but shows a rough outline of what she intended to play. She inserted “Mermaid” before “Prisoners,” added “Reginasaurus” and “My Man,” and mixed a few songs around. During the encore she did not play “Hotel Song,” and I don’t think she played “Blue Lips” either. 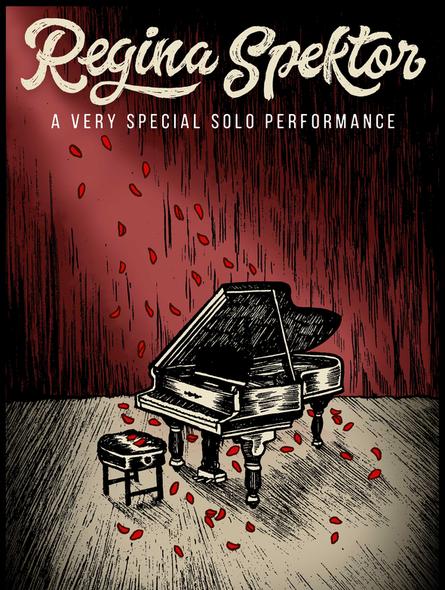