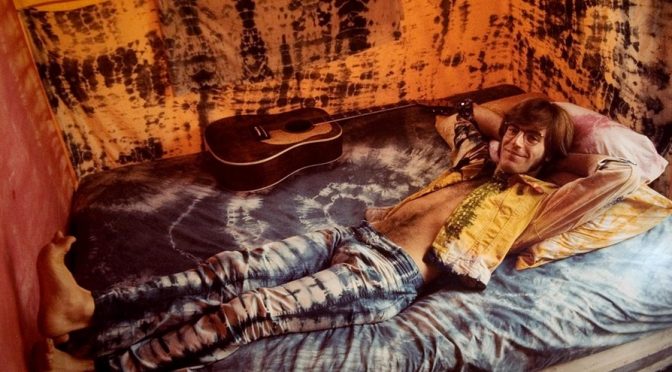 As I seem to be on the macabre musical beat, I received an email from a friend of mine who recently saw John Sebastian. (She lives in a small college town in Iowa, so they have some non-arena-filling musicians coming to their burg.)

Some of you may be unfamiliar—so you think—with John Sebastian. He’s the guy who performed “Welcome Back,” the theme song for “Welcome Back, Kotter” (which I guarantee is now an ear worm for many of you.)

Now you know who he is.

Some of you will be familiar with “Summer in the City,” the song that’s pulled out for its driving beat, especially when it is hot outside (“back of my neck gettin’ dirty and gritty”). That was Sebastian in The Lovin’ Spoonful, which also had regrettable compositions including “You Didn’t Have to Be So Nice.” Seriously, it as saccharine as its title. But back in the ‘60s, not all was Janis stomping.

Sebastian played harmonica on Crosby, Stills, Nash & Young’s Déjà Vu. (Apparently pre-Young, he was asked to be part of the band. What line would musical history have taken had he gone that route?)

And some of you will know that Sebastian played harmonica on The Doors’ “Roadhouse Blues.” In addition to Morrison Hotel, Sebastian’s harmonica work appears on several songs on the In Concert recording.

My friend wrote that he “is a very good guitar player and a GREAT harmonica player. However his voice is gone.”

And I’m guessing that his performance wasn’t without vocals.

Sebastian is undoubtedly far from the kind of wealth that some other musicians of his era obtained. There is probably the desire to perform. There is probably a non-trivial requirement to supplement his Social Security, as well. So out on the road he goes and he plays and sings.

But what does it do to the image that people like my friend have in her memory when she thinks of the guy with the round wire-rimmed glasses (pre-John Lennon in this regard) and flowing locks? Does it matter? Is she likely to buy any of his music? Will “Summer in the City” mean any less to her than the first time she heard it? Will I listen to “Roadhouse Blues” and think, “Gee, he’s 73 now”? Would that song mean any less to me? Does it bother me more that while I saw The Doors when he was on stage with them in Detroit, I don’t remember his participation? (Yes.)

One of the things that I wonder about is whether Morrison would still be performing were he alive (she cried). On December 8 he would have turned 74, so he’s a contemporary of Sebastian. Would his voice be gone? Would it matter? Would he be in a Las Vegas residency? Would he be like the Boomers’ Frank Sinatra? Would people still listen to “The End”?

“The future is uncertain, but the end is always near.”

Photo by Henry Diltz. The Doors – Live in Detroit is available on Rhino Handmade.

One thought on “Questions. One Answer.”