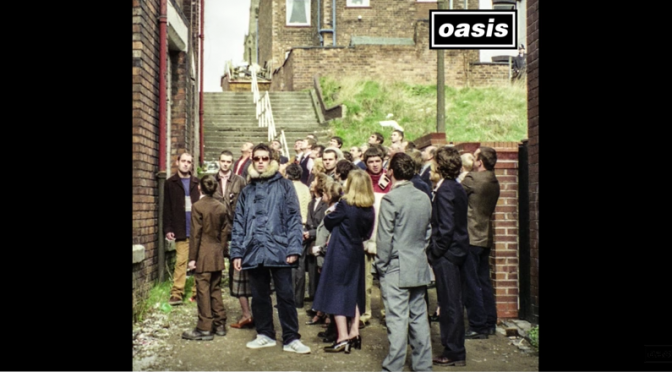 Be Here Now was the 1997 follow-up to Oasis’ massive hit, (What’s the Story) Morning Glory? To say the former met with mixed reviews given the bar set by the latter is an understatement. In hindsight, everyone seemed to just be confused. Lots of people initially praised it as “bold” and “ambitious,” only to turn around and poo-poo it as “self-indulgent” and “bloated.” Noel Gallagher himself adding to the chorus. As The Chief said in Live Forever: The Rise and Fall of Brit Pop:

“It’s the sound of … a bunch of guys, on coke, in the studio, not giving a fuck. There’s no bass to it at all; I don’t know what happened to that…And all the songs are really long and all the lyrics are shit and for every millisecond Liam is not saying a word, there’s a fuckin’ guitar riff in there in a Wayne’s World style”.

Of course, they say hindsight is 20/20 and with 20 years of reflection, maybe we can give Be Here Now another look…another listen.

Posting on Facebook, Gallagher said, “As the years went by I’d started to accept that the songs on Be Here Now were in fact insanely long… too long! Someone (I can’t remember who) had the idea that we re-visit, re-edit the entire album for posterity’s sake.”

A total album remix? Now that’s interesting. And this might not set off the shit storm George Lucas faced when he revisited the original Star Wars trilogy. No, this was not tampering with a beloved title, but the opportunity to right some wrongs. Han will always shoot first.

Alas, “We got as far as the first track before we couldn’t be arsed anymore and gave up….it does sound fucking mega though!”

Oh well. Here then is the remix of the lead-off track, “D’you Know What I Mean,” which hilariously is only one second shorter than the original. Also, where’d those big ass NWA drums go?