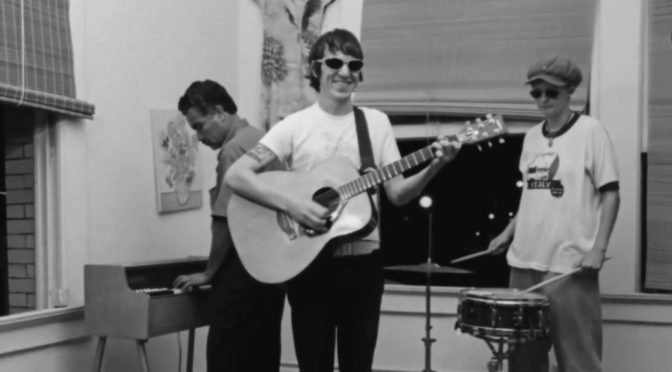 This is wonderful. Ross Harris recently transferred the original 16mm negative from his 1995 video for Elliott Smith’s “Coming Up Roses” and this is the entire play back take. Harris says, “I was overcome with emotion watching the tenderness in which Elliott gently prompts Raul the back up singer when he is supposed to chime in with the harmony. The few moments that Elliott drops the music video facade and lets that shy smile his friends knew so well are precious to me.”

Look for a profile on Ross Harris and his work with Elliott Smith in an upcoming issue of Monster Children.