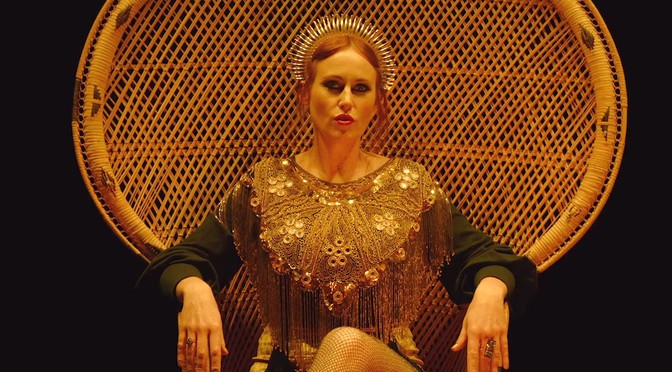 From Don’t Talk About It, out now on Bloodshot.

Wow this song is cool. It took me a second to figure out what was going on since I was expecting something with more of the country soul vibe from her previous single, which was dumb of me since even then I acknowledged that you can’t pigeonhole Ruby Boots because the single before that one sounded like T. Rex!

“Believe In Heaven” has more of a Shangri-Las/Ronettes thing going on. “Come on be my angel / Heaven’s not that far.” And once it kicks in it turns into some kind of Brian Jonestown/Warlocks insanity complete with a fuzzed up guitar freakout at the end. It’s awesome. Wow!