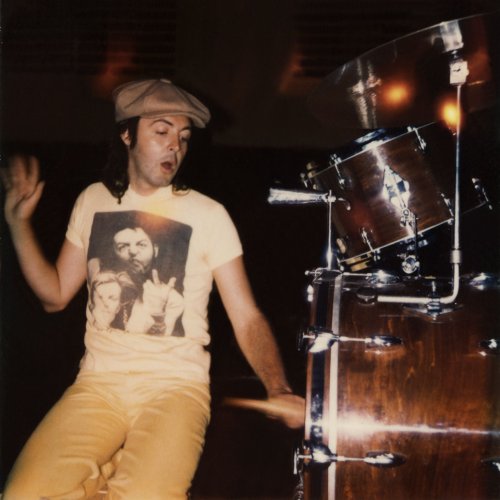 Paul McCartney and Wings‘ 1973 classic album Band on the Run is getting the deluxe remastered resissue treatment and will be released November 2 on Concord. You’ll be able to pick it up in a variety of formats including standard single CD, special edition (2 CD/1 DVD), deluxe edition (3 CD/1 DVD), and vinyl edition (with MP3 download). The remastering was done by the same team at Abbey Road that remastered the Beatles catalog.

September 16, 2010 – MPL and the Concord Music Group are pleased to announce the re-release of Paul McCartney & Wings’ iconic Band on the Run on November 2nd, 2010. Heralded as one of the greatest albums of all time, the GRAMMY winning, smash # 1 album – originally released December of 1973 – yielded the immortal title track and world-wide hit “Jet” becoming Wings’ most successful and celebrated album ever.

Paul McCartney personally supervised all aspects of the Band on the Run reissue. The remastering work was done at Abbey Road using the same team who recently remastered the complete Beatles’ catalog.

Band on the Run will be available in a variety of formats originating with the single disc digitally remastered, essential 9-track standard edition. The 3 disc (2CD, 1 DVD) special edition features nine bonus audio tracks (including the top 10 smash “Helen Wheels”), rare footage of the McCartneys in Lagos and behind-the-scenes at the famous album cover shoot, original Band on the Run promotional video clips, the One Hand Clapping television special (highlighted by studio performances filmed at Abbey Road in 1974) all with beautifully enhanced packaging. Collectors will be especially thrilled by the 4 disc (3CD, 1 DVD) deluxe edition which adds an extraordinary 120-page hard bound book containing many unseen and unpublished photos by Linda McCartney and Clive Arrowsmith, album and single artwork, downloadable hi-res audio versions of the remastered album and bonus audio tracks, a full history of the album complete with a new interview with Paul and expanded track by track information for all four discs. The deluxe edition also includes a special Band on the Run audio documentary (originally produced for the 25th Anniversary edition.) The original remastered album and bonus audio content will also be issued in a 2 disc 180gm audiophile vinyl edition that comes with an MP3 download of all 18 tracks. Lastly, the standard and deluxe versions of Band on the Run will be available digitally worldwide.

The musical achievement of Band on the Run is nearly matched by the amazing story behind its creation. Intrigued with recording abroad in the summer of 1973, McCartney searched for a list of studios around the world. Spotting one in the remote location of Lagos, Nigeria, he became enthralled with the idea of recording in Africa. Days before departure, lead guitarist Henry McCullough and drummer Denny Seiwell quit the band leaving the entire project to the three core members, Paul, his wife Linda McCartney and band-member Denny Laine (along with recording engineer Geoff Emerick). Recorded in August and September of 1973 (with further work done at AIR Studios in London in October 1973), they persevered through a tumultuous, yet creatively invigorating 2 month recording process battling difficult studio conditions, oppressive heat and a dangerous mugging at knife point. The thieves made off with the demo tapes (among other valuables), forcing the band to record the entire album from memory.

Band on the Run triumphed both critically and commercially. The album topped the US album chart 3 separate times, won a Grammy and went on to sell more than 7 million copies. Upon the release of Band on the Run, then Rolling Stone reviewer Jon Landau famously gushed, “The finest record yet released by any of the four musicians who were once called The Beatles.”

Paul is currently playing five songs from the album on his ‘Up and Coming Tour’. Live favorites over the last 8 years of touring have included “Jet”, “Band on the Run” and “Let Me Roll It”. In 2008 when Paul played a free outdoor show to over 500,000 people in Kiev, a Ukrainian poll listed “Mrs Vandebilt” as their all time favorite Paul McCartney song. It’s been included in the set ever since. At the start of this tour Paul added “Nineteen Hundred and Eighty Five” to the set.

Band on the Run marks the first release from the Paul McCartney Archive Collection, an ambitious reissue program that encompasses 40 years of cherished, classic material from the most successful songwriter and recording artist in music history. It’s also the initial physical release of the recently announced agreement between McCartney’s MPL and Concord Music Group to globally market and distribute McCartney’s venerated solo and Wings catalog. 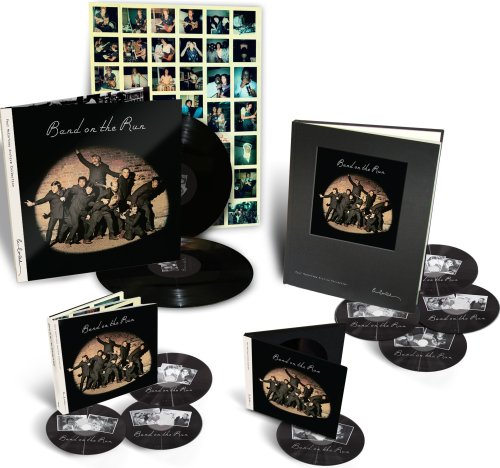 BAND ON THE RUN TRACKLIST:

8. Picasso’s Last Words (Drink to Me)

3. Bluebird [from One Hand Clapping]

4. Jet [from One Hand Clapping]

5. Let Me Roll It [from One Hand Clapping]

6. Band on the Run [from One Hand Clapping]

7. Nineteen Hundred and Eighty Five [from One Hand Clapping]

8. Country Dreamer [from One Hand Clapping]

1. Band on the Run Music Video

6 thoughts on “Band On The Run Deluxe Reissue Coming”