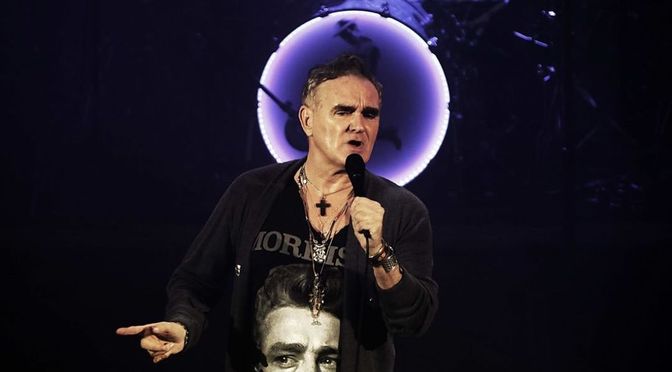 Morrissey’s U.S. tour started this week and ticket sales are less than fantastic. In fact they pretty much suck. I am aware of this because I have been tracking the resale market over the summer, as I ruminate on attending. I feel miserable about the pending show here, which is perhaps appropriate given Moz’s penchant for writing and performing songs celebrating that emotion. Except in this case my misfortune stems from having bought tickets months ago in the presale.

We’ll get to the “Morrissey: Provocateur, dick, racist, or all of the above?” question eventually, but let’s start with the presale. If you are as frequent a concertgoer as I am, you probably understand the double-edged sword that is the fan presale. For some artists, it is the singular way fans can get tickets at face value—which is already a total screw-job, but at least better than buying in the even more jacked up secondhand market. Tickets cost astronomical sums these days, far outpacing inflation compared to a decade ago. Staggering tack-on fees don’t help, but grumbling about that seems like yet another a quaint relic of the ’90s, like rock bands that play actual guitars. If you want to see big name touring artists who sell out venues, you’re going to get robbed, period.

But what about those performers who don’t sell out their shows right away? They still have presales. Plenty of their tickets still get diverted to the scalper market and posted on Stubhub and the like for outrageous sums. At least initially. But then the supply and demand teeter-totter often swings back and throws the fan into the dirt. The show doesn’t sell out at all. Not initially, not after a few months, not ever. The promoters then panic and start offering tickets at TJ Maxx prices. This sucks for the fan that many months before shelled out face, as the value of those tickets plummets.

Change your mind? Change of plans? Can’t get the day off/find a babysitter/afford to go anymore because the economy tanked and you lost your job? You’re screwed. Don’t need as many tickets because your buddies bail? Hope those assholes paid you because otherwise you’ll never recoup your outlay. 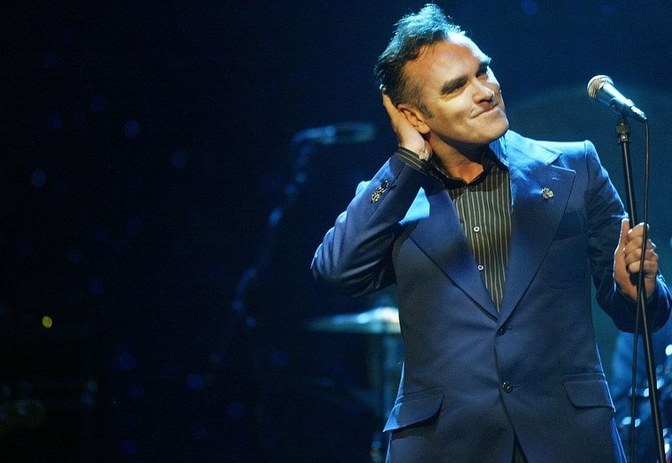 This is where I’m at with Morrissey: I paid $116 (including fees) per ticket, which now seems absolutely mental. Ticketmaster recently started offering a four-pack of tickets for my show for $99, and there are reports of resale tickets being offered for as little as $7 for some shows on the tour. I still have a few weeks remaining before my show, plenty of time for the value of my tickets to plummet to less than a bar band cover. So that’s something to look forward to.

This is why the presale is always months and months in advance of the show, to give the tour a long time to sell tickets (and also hold on to your money) in the hopes that there won’t be too many remaining by the time it rolls into your town. Sometimes this can actually produce a small reward for the presale fan, who might get a good seat for the same price as some poor unfortunate soul who waited to buy their ticket and is thus many rows back. My experience says more often it merely allows casual fans to pay almost nothing to see bands that they otherwise wouldn’t.

That’s how I wound up taking my 14-year-old daughter to the 1975 for $41.75, all-in. She asked me if we could go the day before the show and Stubhub obliged with these half-price tickets. I most assuredly spent more on pretzels, beer, and pop than I did on the band that night. They were good. We had fun. It almost made me feel better about the times I overpaid for presale tickets in the past, including concerts by Dead & Company, Steely Dan, The The, and Neil Young.

Now in each of those cases, it was easy enough to be pissed only at the promoter and chalk it up to just spending a little more to see one of my favorite bands than I really had to. Boo hoo for me; I still had a great time. This current situation with Morrissey, however, is a little different. Because of an ongoing series of racist remarks and his support for a right-wing political party in Britain, Morrissey has angered a whole lot of fans and media. One activist group has called for a boycott of his shows.

And duh, I knew about all that when I bought the tickets. So yeah, my conundrum is my own fault. But here’s the rub: I’m not even a Morrissey or a Smiths fan. (Stupidly enough, when they were still a going concern I disliked the Smiths because their fans were the freaks and geeks in my high school that I desperately didn’t want to admit I had anything in common with.) But back in the day it was impossible to entirely escape this music and my daughter’s adoration of the band inspired me to rekindle that familiarity.

When she told me last year she wanted to start going to concerts and gave me a list of bands and artists she would like to see, Morrissey was at the top. Instead of getting into the details and politics of Morrissey’s turn to fascism, which I won’t pretend to fully understand, I instead told her that he was an asshole, and not just recently, but historically. I explained his long trail of temper tantrums, cancelled shows, and often-caustic comments. She was not dissuaded one bit, so we then got to have a discussion of the difference between art and artist. I thought better of bringing up the piece of shit that is Ted Nugent, and rather I agreed that if Morrissey toured this year we could go see him. Like the good dad I aspire to be, I bought tickets seconds after they went on sale.

As I write this, however, I am quite enthusiastic about the prospect that this cocktail of low sales, boycotts, and Mozzer’s defective personality might be just the remedy I now need. A cancellation with refund gets me off the hook at no cost. My teenager has largely moved on from Smiths now anyway; six months is an eternity at her age, especially with Spotify streaming music into her earholes every waking minute. If Morrissey doesn’t bail, however, I suppose I’ll be there, my hypocrisy on full display. Maybe I should wear an Iron Front T-shirt in protest, a token gesture that will inevitably be more self-serving than anything else. I will certainly still be pissed that I spent so much money to see such a lout. And I will deserve it.