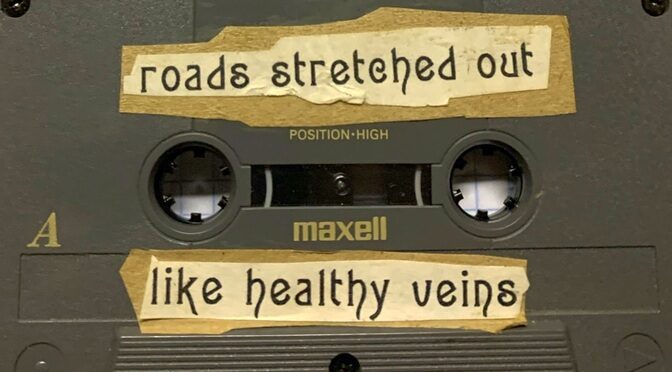 It’s weird to think I’ve been loving Neil for almost 30 years now. Like a lot of dudes who went to college in the early 90s I was heavily into the whole sixties counterculture scene. Jann Wenner’s influence over the rock and roll canon was still unquestioned. It felt important for serious music connoisseurs to know all that stuff.

I remember joining the Columbia House cd club one last time during my freshman year and one of my 12 picks was CSN(Y)’s So Far. I liked the Nash songs best. Clearly, I still had a lot to learn.

By my senior year I had graduated to Neil’s Decade, which became the soundtrack to many smoky evenings huddled around my pal George’s Mac putting together our underground newspaper or playing Maelstrom. George was my Neil Young spirit guide, providing guidance on the path to enlightenment. 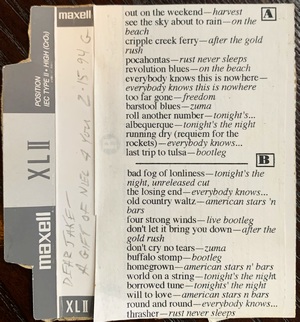 After college my friends dispersed across the country but we kept in touch via brand new technology called an email listserv as well as sending handwritten letters through the good old U.S. mail. It was still the nineteen-hundreds after all. I was living at home with my mom, working a shitty factory job (English major), when I received a package from George in Toledo. It contained a cassette he compiled, titled The Killer, as something like a companion to Decade, the next step in my Neil education.

It blew my mind and made me realize the depth and intensity of Neil’s body of work.

Over the next several years as my obsession grew I scoured used record bins to fill in the rest of the blanks, eventually acquiring Neil’s complete discography on vinyl. It was so exciting to find an album I hadn’t heard before. New songs! The two holy grails were Time Fades Away and Journey Through the Past. At the same time, Neil was releasing new music (Harvest Moon, Sleeps with Angels, Mirrorball, Broken Arrow) and touring constantly. It was a great time to be a Neil fan.

And I owe it all to George and that mixtape. 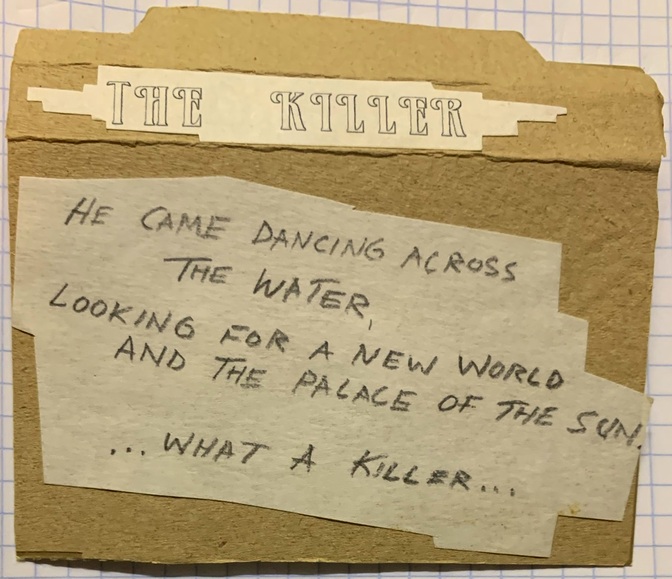 Spotify: The Killer: A Gift of Neil

Apple Music: The Killer: A Gift of Neil