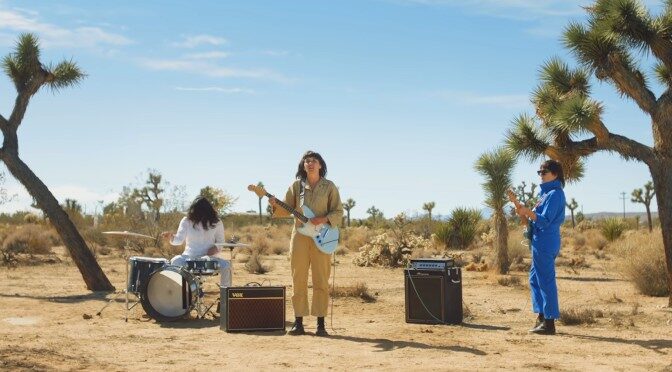 Video: Courtney Barnett – “If I Don’t Hear From You Tonight”

Courtney Barnett - If I Don't Hear From You Tonight [Official Video]

You’d think that people would have had enough of silly love songs. Courtney Barnett sees it isn’t so.

“I think my stance in the past was like, ‘There’s so many love songs and they don’t mean anything,’ but there’s something really special about zooming in on a moment and capturing it,” Barnett says. “‘If I Don’t Hear From You Tonight’ comes from the state of where my head was at — trying to communicate honestly instead of keeping [my feelings] guarded.”

What’s wrong with that?

And it’s so quiet outside
With this curfew lullaby
Is now an okay time to
Tell you that I like you?

It isn’t silly at all.