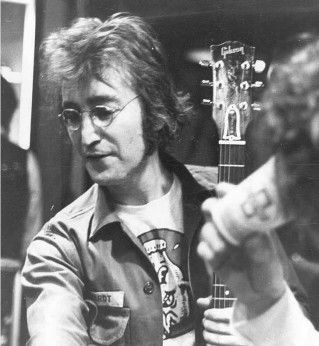 Time has a funny way of making us all so much smaller. I was born a fan of The Beatles. My dad saw them in Washington, D.C. in 1964 and their music is as much a part of my life as just about I can think of. I am old enough to remember (vaguely) rumors and fantasies of their reunion. John and Paul sightings were breathlessly reported in tabloids and rock magazines (the leather-clad equivalent of tabloids). That of course was dashed when Mark David Chapman killed John Lennon in cold blood in front of the Dakota building in New York City. The world stopped. Howard Cossell reported it just minutes later on Monday Night Football.

CNN Contributor Bob Greene puts all that, and the time since past, into stark perspective with an essay marking 29 years since Lennon’s death.

To anyone in this city, in this country, in this world, who is younger than 32 or 33 years old, the memory of Lennon is of a man who has always been dead. The murder was past tense by the time people who are now that age first became aware of his name.

The Dakota, in its own way, may be, to them, like Ford’s Theatre in Washington, D.C., or the triple underpass in Dallas. A place where something terrible happened, yes, but something terrible that happened in history, not in the recollected narrative of their daily lives.

Long ago John Lennon had been elevated to martyred saint and now he enters the long, dark hallway of history. Godspeed, John.