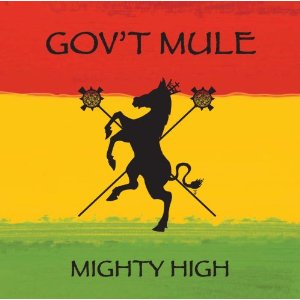 Back when I was in the eighth grade, I checked out Legend, a Bob Marley compilation, from my local public library. I still remember the entire experience. It was a transformative moment for me, musically, even culturally. The album totally captured my imagination. It wasn’t like anything I’d ever heard before. This was early in the 80s, and reggae wasn’t really known in the circles I ran in. I had no idea what reggae was.

I remember where they kept the records in the library. Yes, vinyl records. In thick, see through plastic sleeves, each with a sticker with a complicated library record stamped on it. Something about those dreads, those eyes, and the whole ambience of the cover compelled me to check it out. I remember listening to it in the room off my parent’s bedroom, where there was a TV and a stereo, and a gas fired stove. It was spring, so that wasn’t lit. And this album was blowing my mind.

That was the first time I remember that happening with music I encountered through the library, but it wasn’t the last. My Z-Ro obsession, documented on Glorious Noise in this review of Z-Ro’s record Heroin, was because I checked that album out while I was gobbling up all the hip hop I could when I re-embraced the genre a few years ago.

And it just happened again. I’m gearing up for my first festival of the year – Summer Camp in Chillicothe, IL over Memorial Day Weekend. A GLONO team, including myself, is gearing up to cover it, and I’m doing some advance research. I was searching the library catalog for Michael Franti CDs, since I don’t know his work that well, and he’s one of the headliners at Summer Camp. I put everything that I pulled up on hold, and that included Gov’t Mule’s Mighty High. Franti is featured on a couple of tracks. And the cover, being all reggae-esque, got my attention. Gov’t Mule? Doing reggae? And they cover songs by The Band, The Rolling Stones, and Otis Redding? What’s not to like?

Well, I ended up liking it even better than I thought I would. A lot more, in fact. I’m a Gov’t Mule fan, but most of their studio work doesn’t do much for me. It’s their live stuff that really gets me going. Warren Haynes is a brilliant guitar player, and he has endless amounts of musical energy. They do interesting covers, and really rock them out. This is a heavy, heavy group. Like Blue Cheer and Black Sabbath kind of heavy.

This record offers a very different profile of the band. It’s reggae and dub driven, with layers of heavy rock adding an interesting flavor to the orignal genres. It starts with an inventive take on Al Green‘s “I’m a Ram”. There’s a keyboard sound in it, and a few other songs on the record, that I only remember hearing in early Bob Marley and the Wailers records. The song feels like funk meets reggae meets heavy rock. Because who says a rock band can’t play funk!? Haynes’ soloing here is awesome. According to the liner notes, it’s one take. One take they thought would be a practice, but there was an electrical fire or something at the end, and it melted some circuits or what not.

The album basically splits into two parts. The first is full of rambling rock/reggae tracks, with vocals, choruses, etc. This is up through “Hard to Handle”, with the exception of the song “Horseflies”, which is pretty dub-ish.

The cover of The Band’s brilliant “The Shape I’m In” begins and ends with what sounds like a Fender Rhodes electric piano filtered through a phase shifter pedal, like on “No Quarter” by Led Zeppelin. It’s got a bit of a funky drummer beat to it. Toots Hibbert is great on “Hard to Handle”. It’s culled from a Beacon Theater show, with audience chatter edited out, remixed, dubbed up, etc. It was better than I expected. Generally, if it’s not Otis or Pigpen singing it, I don’t care for “Hard to Handle” covers. But this one is great, with the reggae dub angle, and Toots vocals.

The second half of the record is all dub, beginning with brilliantly named “Hard to Dubya”. If the dub genre is unfamiliar to you, it’s basically an approach to reggae that uses the mixing board as an instrument, remixing and sampling standard reggae songs into sometimes danceable, often spacey beat heavy songs.

It started in the 60s with producers like Lee “Scratch” Perry. His Arkology album is a great documentation of the genre. Drum and bass draws heavily from dub’s use of heavy beats and loud repetitive bass lines. Gov’t Mule takes the same approach here, bringing more rock guitar to the genre than is typical, and mixing in live recordings as well, like the one I reference above.

I liked this record enough that I decided I needed to get my own copy for car. Picked it up the other day. It will be great for long drives. And since I became a fan of Bob Marley in the 8th grade, I’ve spent a lot of money on his music. Vinyl, CD. I think I even bought a poster once. I have purchased at least a half dozen Z-Ro records, too. All of this because of the library. Go socialism.

Check out this live rendition of “I’m A Ram”:

Compare that to the original version by the great Al Green. There is almost no resemblance between the two.

END_OF_DOCUMENT_TOKEN_TO_BE_REPLACED

The Glorious Noise Interview with Warren Haynes of Gov’t Mule

The brutal honesty relayed within the elaborate tales built around Blues, Soul, and Gospel music have proven to be a dear old musical friend to the cultural climate of this still young nation. Its transcendent nature is a constant echo of the purest incarnation originating from the deepest, darkest belly of the American South and graced with a shelf-life immune to the generational blitz of revolving modern trends. Existing as an antidotal underbelly to mainstream culture, the roots of American music continue to overshadow the accomplishments of Fall Out Boy, Simple Plan, AFI, the All American Rejects, and even manages to remain cooler than that pesky yellow bracelet that pop culture has so widely glorified as the key to the mainstream city.

The gap in musical evolution has left the sheer swagger and beauty of this land’s finest musical contribution reduced to nothing more than a faint whisper blowing along the delta shores of the Mississippi.

Keeping it alive is a core group of practitioners who still have Blues running through their veins and embedded in their blood; spawning a discussion on the state of American music and the release of a new studio achievement with who other than resident Allman Brother and Gov’t Mule founder, Warren Haynes, who is about to spend another New Years at the Beacon Theatre in New York City.