The Wall Street Journal looks at Jack White, the businessman. Included online is this little video wherein the Dirtbombs‘ Ben Blackwell leads us on a tour of the vinyl pressing plant:

Pretty cool to see the records getting stamped, but how long has Blackwell been such a long-haired bearded hippy who can’t tie a tie? You’d think Jack would insist on his spokespeople looking sharp! GLONO interviewed Ben back in 2002 when he was still punk.

In other Third Man news, tomorrow (July 21) is the last day to sign up for the Platinum Service area of The Vault where for $20 a month you get a 180-gram vinyl mono mix of Icky Thump, a Dead Weather 7-inch, and a t-shirt. After tomorrow, membership will be closed until October.

When I first heard about this movie, I thought it sounded cheesy as shit. But this trailer looks really cool. The documentary “tells the personal stories of three generations of electric guitar virtuosos” and “reveals how each developed his unique sound and style of playing.” Am I being a sucker or might this actually be good?

Legendary Detroit producer Jim Diamond talks to the Phoenix New Times about whether he realized the White Stripes were going to be huge:

No, you never think anyone is going to become a mega-star. These are your buddies you drink with, who happen to have a band. I thought they were good, and I thought Jack was a very talented guy, and he probably had a greater sense of, you know, having a good look than anyone else in Detroit, and, you know, they worked really hard, they toured a lot. So, having some talent, having a good look, and touring a lot — that’s a big piece of the puzzle. 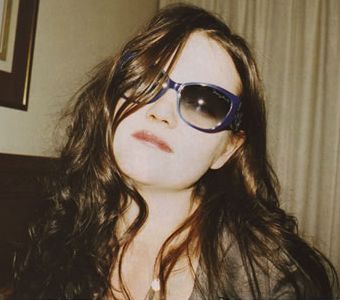 Congratulations are in order, according to an update on the White Stripes site.

Meg White married fiance Jackson Smith, on Friday, May 22nd in a ceremony in Nashville, TN, as part of a double wedding with Jack Lawrence and girlfriend Jo McCaughey. The nuptials took place in Jack White’s backyard and were attended by a small party of close friends and relatives. The wedding was officiated by the most reverend Benjamin Swank.

As we reported earlier, Jackson Smith is the son of Patti Smith and the MC5’s Fred “Sonic” Smith. Congrats to both couples! 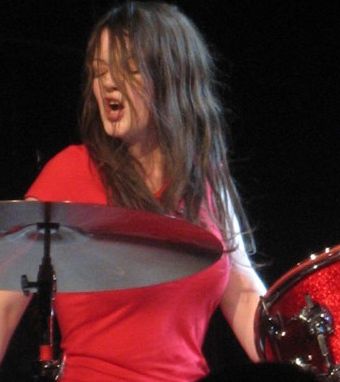 Over at the Metro Times, Michael Hurtt tells the story of how Jack White acquired his two pick-up, red-and-white Airline guitar:

There was something special about this garish fiberglass git-box, says the Memphis, Tennessee-based Jack Yarber — otherwise known as Jack Oblivian — who White eventually convinced to sell the guitar. Its gnarled tone was the essence of Yarber’s dual guitar and drums blues punk trio, the Oblivians, a band that influenced White as much as such similarly iconoclastic roots-shredding groups of the era as the Gories, ’68 Comeback and the Flat Duo Jets.

“I found a white three-pickup version with gold trim and a Bigsby whammy bar,” says Yarber, “so I sold Jack my old one for a couple hundred bucks. But the white one just wasn’t the same; it wouldn’t stay in tune.”

• Oblivians – “No Reason To Live” from Soul Food

Two years ago Jack White did what millions of people who found their personal priorities and financial situations changed: he left Detroit. Of course, most of those people did not build their careers and their personas on the image of the Motor City and its storied history of rough and tumble rock and roll, but still…who can blame a guy for moving on?

Well, it seems the Detroit music scene can blame him, and blame him they did. It seems to have reached a point where White had to respond. Leave it to Jack White to respond in a rather unconventional way.

In a poem titled “Courageous Dream’s Concern,” given exclusively to the Detroit Free Press, White namedrops some local landmarks and delicacies and tries to conjure up the soul of the city he says he still loves. Why move then, some might ask. White says it was the negativity of the local music scene, which might not come as a surprise to longtime GLONO readers.

“I couldn’t breathe anymore in that scene,” he told Rolling Stone magazine for a story last month about his band the Raconteurs.

END_OF_DOCUMENT_TOKEN_TO_BE_REPLACED

“Maybe working at Beck’s house was something we needed to do to remind ourselves that touring is only one component of what we do,” White says. “Taking a break from shows isn’t going to stop it.

“If it came to a point where Meg said, ‘I don’t want to be in this band anymore, it doesn’t fulfill me in any way,’ then it would be a different story. But she’s not saying that.”

At this point, White can’t predict how long the Stripes’ break will be or whether it will ever end. “I don’t know. It’s a good question,” he says. “I guess it’s up to her. . . . She seems to be lively. She was really invigorating working together on this ‘Conquest’ record. I was wondering if she was interested, and she was completely — very, very involved. And it was nice of Beck to give us that forum, help us re-understand what it is we’re doing.”

Icky Thump has only sold 645,000 so far—Elephant, by contrast, has sold two million. The “Conquest” single, with three newly recorded bonus tracks (“It’s My Fault for Being Famous,” “Cash Grab Complications on the Matter” and “Honey, We Can’t Afford to Look This Cheap”), is due December 18. Merry Christmas.

From Icky Thump. The video is muy bueno. But I prefer the Patti Page version of the song…