The Ann Arbor News reports that Stooges’ guitarist Ron Asheton was found dead in his home this morning.

This is sad news for anyone who gives a shit about real, American punk rock: Asheton pretty much invented it on The Stooges and Fun House. If you don’t know those two albums, then you do not care about music. I love the New York Dolls and the MC5 as much as the next guy, but those bands just look like Rolling Stones wannabes compared to the Neanderthal stomp of Asheton’s work with the Stooges. The Stooges invented punk rock.

I’m glad I got the chance to see Asheton in action a couple years ago at Lollapalooza. Back then I said the show “proved once and for all that punk would have been equally important and influential had it never crossed the Atlantic Ocean.” It’s still true. 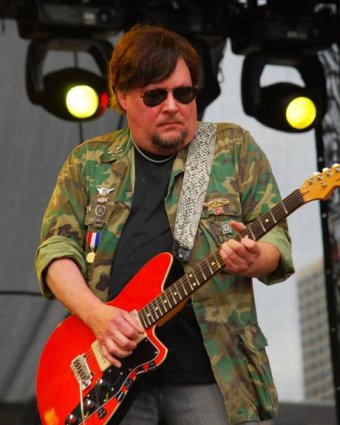 MP3: The Stooges – “My Idea of Fun” from The Weirdness, recorded in Chicago with Steve Albini.