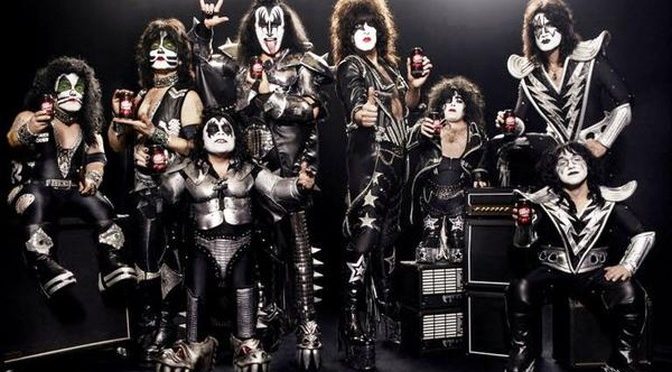 Maybe it has something to do with the fact that the people in question—and I think they are not the exception if not quite the rule, so there are probably more like them than who think about this stuff—grew up in an age when the walls of dorm rooms were covered with posters of the works of people like M.C. Escher and Salvador Dali, posters of endless staircases and melting clocks. There was no chance that anyone would ever own a “real” painting by one of those artists, so the thumbtacked poster did the trick.

Now the bands that held special appeal are dead, gone or old. But some people don’t want to give them up or acknowledge the fact of the ravages of time.

I know that when I look at the members of some of my favorite bands of yore I think of my grandfathers (who always seemed old to me even when they were probably younger than I am now) and how absurd it would be to see them on stage holding instruments, so I won’t go see those bands lest the visions that I hold of them in mental amber get shattered. My own form of denial.

But I still can’t imagine going to see a faux Rolling Stones, for example. Nor would I go see the actual band, even were the Glimmer Twins to show up in my backyard.

Bob Lefsetz recently wrote “as for the Who’s recently announced Las Vegas residency, positively brilliant. The road kills bands, why not have the audience come to them. Vegas is the new Branson, for far too long it was about irrelevant shows with boobies and aged entertainers, but now it’s a mix of old and new musicians/singers and is more attractive every day, kudos.”

While I won’t go down the rabbit hole that I often inhabit and raise the question of whether “The Who” is actually The Who that many of us grew up listening to (it isn’t), but wouldn’t it be more laudable if some of these musicians who are performing on the Strip stayed home? I don’t want to deny them the opportunity to earn a living, but I’m guessing that after 40 or 50 years these folks probably don’t need more money, and if it is about performing, there’s always the studio.

Perhaps they, too, find the notion of younger versions of themselves performing their music disconcerting, as well and so they continue. On and on. For too long.

Photo of Minikiss, a Kiss tribute band, with the actual band to whom they pay tribute, hawking Dr. Pepper.