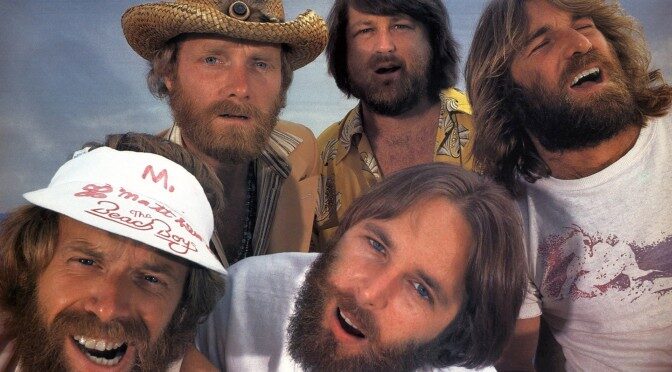 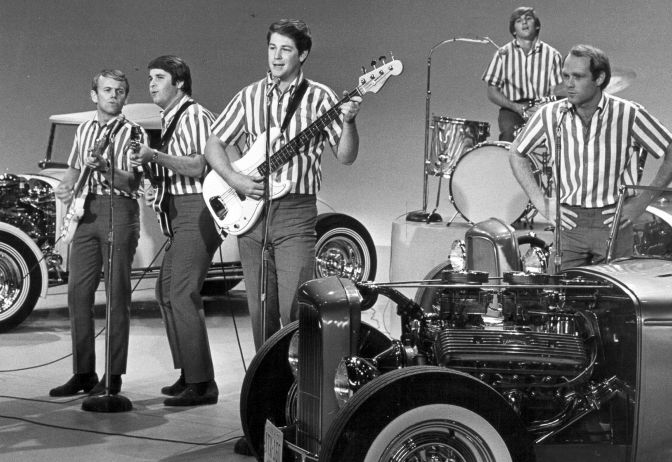 As is generally known, the story of the development of the Beach Boys is something of a “Daddy Dearest” saga, with brothers Brian, Dennis and Carl Wilson being manipulated by Murry, their father. The reason why Universal owns the publishing rights to the music of the ‘60s is because Murry sold Sea of Tunes, the publishing company that he and Brian had established in 1962 (Brian was 20 at the time), for what was considered to be a proverbial song in 1969. The Boys were not aware that it was going to happen. They were understandably not happy with what the old man did.

The music of the 1960s is the Beach Boys: Surfin’ Safari, Surfin’ U.S.A., Surfer Girl, Little Deuce Coupe, Shut Down Volume 2, All Summer Long, The Beach Boys’ Christmas Album, The Beach Boys Today!, Summer Days (And Summer Nights!), Beach Boys’ Party!, Pet Sounds, Smiley Smile, Wild Honey, Friends, 20/20. Pet Sounds, Smiley Smile and Wild Honey were released in 1966 and 1967. If the surfing music got them there, those three albums (yes, yes, Pet Sounds in particular) established the band as one of the all-time best of the 20th century and Brian Wilson as a musical genius.

There were 14 studio albums released from 1970 on; none of them are particularly memorable. [Some of us beg to differ. Sunflower is pretty good, Surf’s Up is pretty great, and Love You is wacky and hip. -ed.]

The current, most continuous, line-up consists of Brian Wilson, Mike Love, Al Jardine, and Bruce Johnson. (One interesting former “member” who doesn’t get as much attention as he deserves is Glen Campbell, who filled in for Brian in concerts during 1964-65; Campbell was a studio musician who played with musicians ranging from Sinatra to the Monkees to Elvis; Campbell was replaced in the touring lineup by Bruce Johnson, who had been a Columbia Records producer, though Campbell did play guitar on Pet Sounds.)

Wilson, Jardine and Johnson are all 78. Love is 79. According to the most-recent figures from the Centers for Disease Control, the life expectancy for males is now 75.1 years.

Baby Boomers were born between 1946 and 1964. This means that the earliest Boomers turn 75 this year.

They are the ones who bought the Beach Boys albums in the 1960s. It is unlikely that the subsequent generations had as much interest in their music.

Which makes the “Let’s buy a band” seem all the more strange when that band is nearing the end of its rope.

Apparently the people at Iconic Artists Group are thinking about things like holographic concerts starring the Beach Boys. Does this mean a theater in a Vegas casino staging an event where people will sway along with “Sloop John B” and slightly move up and down to “Barbara Ann” and, the younger among them, will have agitated actions when “Kokomo” is “performed”?

According to people who keep track of such things, as the Baby Boomers wane, the Millennials (1981 to 1996) will become the wealthiest generation. I wonder how many of them are Beach Boys fans?

There is talk of a Beach Boys restaurant. What would they serve: hot dogs and Coke?

Some might cite the Jimmy Buffett Margaritaville phenomenon—from bars to a retirement community—but he has arguably already made the cash grab from the Boomers and the Gen Xers who like to dress up in colorful outfits, which diminishes the potential for the monetization of the Beach Boys.

I completely understand what Wilson, Love and Jardine are doing. They’ve spent a COVID year like the rest of us, which means that they weren’t able to go out and perform in places including Wallingford, CT, Rutland, VT, and Bensalem, PA. They recognize where they are and where they are going, and while there is the slight—very slight—possibility of a 60th anniversary tour this year, they are probably not going to be going on another surfin’ safari ever again.

An interesting thing about Bensalem: it is eight miles from Levittown, the post-World War II planned community where there was undoubtedly a good cohort of Boomers born. And there are probably more than a couple ’32 Fords in garages there still today.