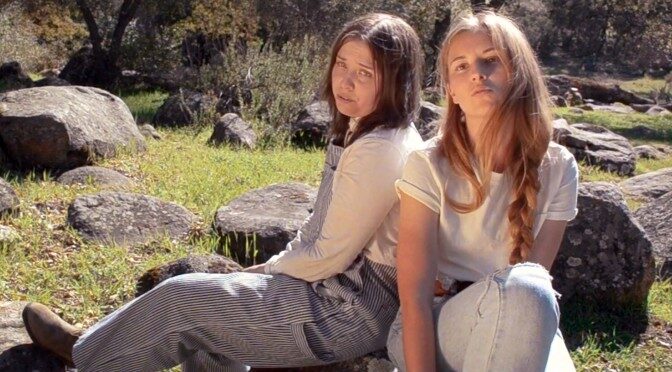 Directed by Alexis B Preston. Single out now.

Do you like gentle folk songs with catchy melodies and soaring harmonies? I know I do, and Allen LeRoy Hug delivers the goods. The curiously named duo of Tennessee Snow Cree Kamanski and Sarah “Cole” De La Isla sing about being hung up on a moody dude.

Your eyes, heavy luggage I carry
I worry I dragged you through the mud
Saturnine boy
Things haven’t gone right

This is only their second single, but Kamanski told Fingertips that she and De La Isla wrote and recorded “a ton of songs” throughout the lockdown, which they will be releasing over the coming months. So stay tuned.

Until then, we’ll still be wondering: Who is Allen LeRoy? And what’s so special about his hugs that these two would name their band after one of them?