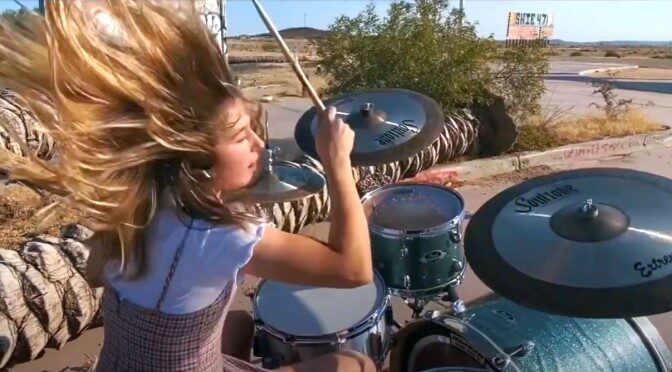 Directed by Jordan Radnoti. Single out now on Dangerbird.

Oh brother, just what the world needs: another reason to feel like a big loser.

What had you accomplished when you were 17? When I was that age I couldn’t even make myself a grilled cheese sandwich. High school senior Jordan Radnoti, on the other hand, has just recorded and released her debut single for Dangerbird Records. She plays every instrument on it. So yeah.

Before busting out as “Jordi” she had previously played drums for the band Unicorns at Heart who released a couple singles on Dangerbird last year. And according to google she’s also a hockey goalie and a cross-country runner. Plus, she drums like Dave Grohl and sings with an English accent. Well-rounded kid!

“Escape Route” was written when she was 15, and she told American Songwriter, “It’s escaping from your own problems and your own fear that you create inside of your head, which I do a lot and I feel like I tend to overthink things a lot.” Right on.