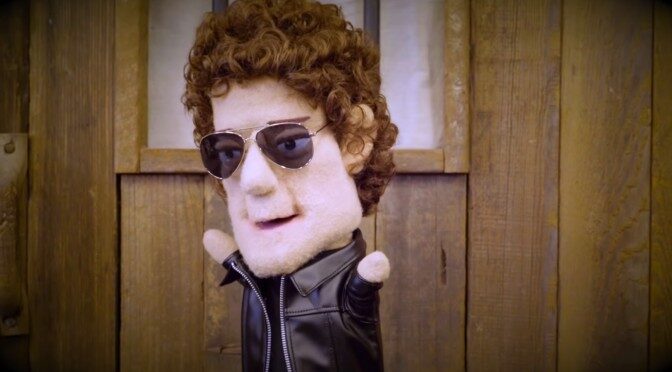 Directed by Toben Seymour. Single out now on Chrysalis.

Woo hoo new Liz Phair! Other than a couple of silly little twitter voice tweets last summer, this is her first new song since 2019’s “Good Side” single.

And it’s been over a decade since she released Funstyle, her last full-length album. I remember I was at an Independence Day party on a rooftop in the West Loop of Chicago, and during a quiet moment alone I happened to check my twitter (I know, I know) to see that Maura Johnston had retweeted something from somebody saying that Liz Phair had surprise-released a new album. I downloaded it the next day and quickly realized that she must be smoking assloads of weed again. Aloha, Ms. Phair!

That was a long time ago, a lifetime really. Lou Reed was still alive back then and as prickly as ever.

Her new song is sung from the point of view of Reed’s wife, the great artist Laurie Anderson. According to Phair, the song “imagines a day in the life of two music legends, whose union was an inspiration for rock fans.”

She adds, “I was a huge Lou Reed/VU fan, huge Laurie Anderson fan. Both had a big early influence on me musically. When I discovered later that they fell in love & married I was captivated by two icons, two strong personalities, balanced. But was curious, too. Just loved thinking about it.”

Think it’s disrespectful to treat a revered dead hero so cavalierly? Tough shit. Lou Reed was an asshole; that’s irrefutable. “Hey Lou” is irreverent and ridiculous but it sounds great. Liz Phair is playing her own guitar again, and nobody plays like that.

I call this one Please Donald Listen in -£%£#*% major pic.twitter.com/OcwC8JrLdg

I’m voting by mail this year. Each state does voting differently, but you may be able to request your ballot today. #YourVoiceYourVote #FleetwoodMac pic.twitter.com/ez0lqYeqRs