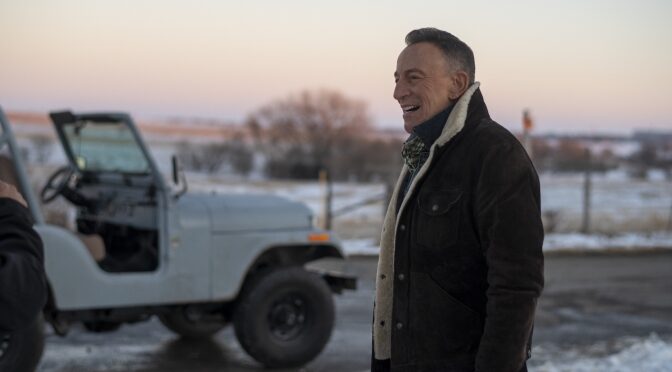 One of the all-time best Super Bowl commercials, and certainly the best-ever ad for a car company, was aired 10 years ago during Super Bowl XLV. The ad, known both as “Born of Fire” and “Imported from Detroit,” shows Eminem rolling through the streets of Detroit. The images were not all chamber-of-commerce shiny and bright. The edge nature of the crumbling environment, a situation that led to people visiting to see the post-industrial archelogy in front of their eyes (not exactly Pompei-like ruins, but certainly not necessarily a place you’d like to take a Sunday walk). The soundtrack is an instrumental version of Eminem’s “Lose Yourself.” He is driving what was then a new Chrysler 200.

You see the Robert Graham “Monument to Joe Louis,” a sculpture that is better known around these parts as “The Fist,” which is located at the foot of Woodward at Jefferson, and you know that Detroit is not a city that is like any other.

Eminem drives the 200 to the Fox Theatre, a classic movie house opened in 1928 and completely rehabilitated by the company that owns Little Caesar’s Pizza (yes, that is from Detroit, as is Domino’s), where the marque outside reads “Keep Detroit Beautiful.” The narrator to that point had talked about how Detroit isn’t New York, Chicago, Vegas, “And we’re certainly no one’s Emerald City.”

He walks down an aisle of the theater, which has long been a music venue rather than a movie house, and on the stage there’s the Selected of God choir, wearing their Sunday robes and singing, as the instrumental “Lose Yourself” builds.

Eminem turns to the camera, accusatorially points his finger, and says, “This is the Motor City and this is what we do.”

It is a brilliant testimony for the city that was still making its way out of the Great Recession. Remember, General Motors and Chrysler had filed for bankruptcy (GM headquarters is a couple blocks away from The Fist), and Ford had borrowed big, even putting its Blue Oval logo into collateral.

Although the Chrysler 200 never really resonated in the market (and was built in metro Detroit—at the Sterling Heights Assembly Plant, which is north of Eight Mile), for Detroiters the Eminem ad can still provide a mix of chills and pride.

Chrysler Corporation became Fiat Chrysler Automobiles. The company that created the line “Imported from Detroit” became an Italian company, but no one admitted that around here. Earlier this year FCA merged with French auto conglomerate PSA and the combination became Stallantis.

According to Springsteen’s manager, Jon Landau, “Olivier Francois”—Global Chief Marketing Officer for Stellantis—”and I have been discussing ideas for the last 10 years and when he showed us the outline for ‘The Middle,’ our immediate reaction was, ‘Let’s do it.’ Our goal was to do something surprising, relevant, immediate and artful. I believe that’s just what Bruce has done with ‘The Middle’.”

The man who had been holding out from doing ads finally gave in.

The facts of the ad are that it was written by Michael Stelmaszek, apparently with some editing by Springsteen, who is the narrator. The music was produced by Ron Aniello. It was filled in late January in Lebanon, Kansas—the center of the lower 48, which gives rise to the name of the ad—Golden and Denver, Colorado, and Hasting, Nebraska.

The fiddle music plays while Springsteen intones likes like, “The middle has been a hard place to get to lately. Between red and blue. Between servant and citizen. Between our freedom and our fear. Now, fear has never been the best of who we are.”

Maybe this is like some song lyrics: you don’t want to read too closely, but it makes one wonder whether fear has ever been the best of anyone.

While “Imported from Detroit” had the jerky camera moment characteristic of the time, “The Middle” has carefully crafted shots: the freight train and the diner, a horse and dirt, barb wire and flags. And Springsteen.

“We need the middle. We just have to remember the very soil we stand on is common ground. So we can get there. We can make it to the mountaintop, through the desert. . .and we will cross this divide. Our light has always found its way through the darkness. And there’s hope on the road … up ahead.”

And off he drives in the vintage Jeep.

While Olivier Francois and his colleagues undoubtedly had great hopes for the resonance and potential YouTube virality of the spot, after it was revealed that last November Springsteen had a DUI (and that’s not a good thing for a spokesperson for even a Franco Italian car company) the ad was pulled from YouTube. [For the record, he blew a 0.02 after taking a shot of tequila offered by a fan. Fuck the Park police. -ed.]

Were it not Springsteen in the spot and say, Sam Elliott (who, by the way, looks better in a cowboy hat), this would probably be an ad that would be forgotten. But because it is an ad featuring the man who had resisted for a decade, a man who is a fundamental part of the fabric that is contemporary American culture, it will have reverberations for a long time to come.

As an ad, I turn to the assessment of former Detroit ad guy and proprietor of the site AutoExtremist.com, my friend Peter DeLorenzo. Of “The Middle” he writes:

“Francois finally got Bruce Springsteen to appear in a commercial that wasn’t a commercial at all, and a Jeep was in it to make sure we knew it was supposed to be about Jeep (it wasn’t). But it was a grandiose undertaking that resonated with some and probably alienated the far right (which was a very good thing now that I think about it).”

This is what we do.

One thought on ““The Middle””