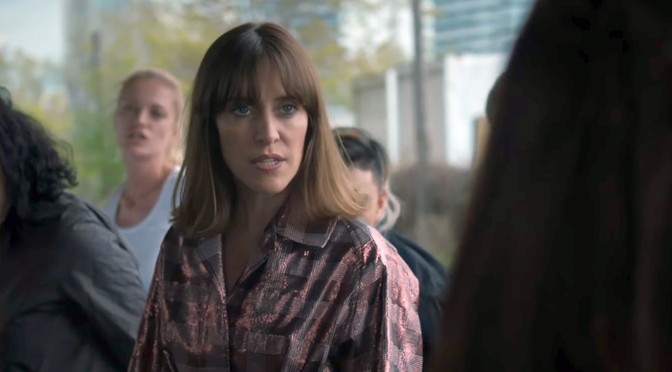 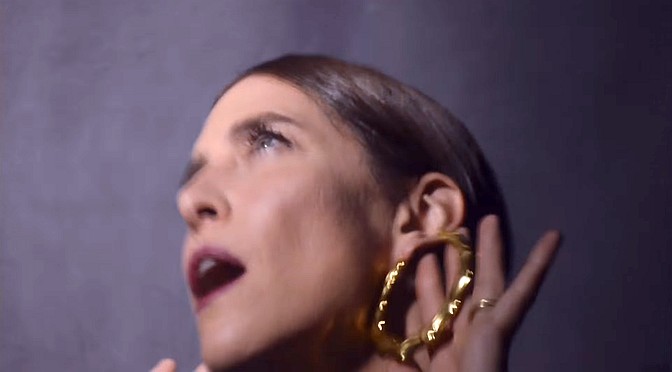 From Pleasure, out April 28 on Interscope. Since we last heard from Leslie Feist she grew out her bangs and stripped her sound down even further. “Pleasure” is a funky song with kooky, Yoko-inspired vocals. “I make sense of a mysterious thing,” she says and goes on to describe the evolutionary basis of pleasure in regards to the continuation of our species:

Not super romantic, but hey: whatever gets you through the night. It’s alright.

END_OF_DOCUMENT_TOKEN_TO_BE_REPLACED 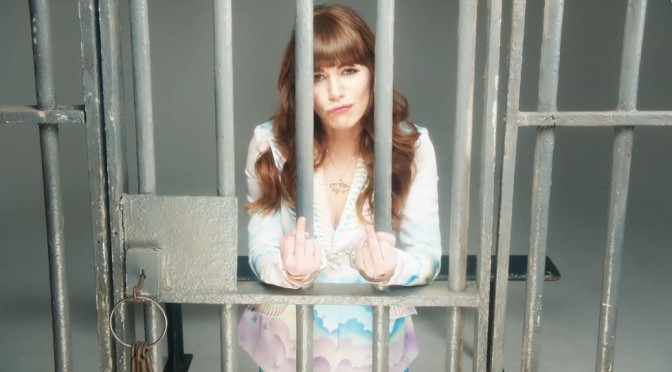 Video: Jenny Lewis -- “Just One Of The Guys”

END_OF_DOCUMENT_TOKEN_TO_BE_REPLACED

Has the disappointment over the last couple of Wilco albums turned you off of the band for good? Or are you looking forward to seeing what they come up with next? Despite some quibbling over the band’s recent directions, we still definitely fall into the latter camp. Gluttons for punishment? Not really. We all believe that Jeff Tweedy is a great songwriter; we just want him to loosen up a little.

Looks like we won’t have to wait much longer to find out. A yet to be titled album is “currently scheduled for late June” on Nonesuch Records.

Jim Scott and the band spent the last few weeks mixing in Jim’s studio in Valencia, California and here’s a list of song titles spied on the reels — note this is not necessarily complete and not in sequence.Deeper Down – Conscript (aka I’ll Fight) – One Wing – Solitaire – Wilco (the song) – Country Disappeared – Everlasting – Bull Black Nova – Sonny Feeling – You and I

Rumors and blogs regarding a guest appearance on that last track are, amazingly, quite true. Feist does indeed lend a great vocal to You and I. Other details will emerge in the coming weeks.

In other Wilco news, you can now pre-order the Ashes of American Flags DVD from the band’s online store.

END_OF_DOCUMENT_TOKEN_TO_BE_REPLACED

Even before Arts & Crafts sent out promo copies of the new Stars album to the media, they made it available for download from their digital store. Indie-Pop Band Stars Want You To Steal Their New LP:

“I stole my friend Leslie Feist’s album off the Internet because I was too lazy to go down to the office and pick it up. It’s that easy to steal music off the Internet. And I don’t think that’s necessarily a bad thing, but I also think there are people who love the band and genuinely want to support the band and have 10 bucks to spare. If you don’t give people the option at least to buy a record, then you can’t blame them for stealing it.”

This clearly makes a lot of sense. But will the strategy backfire? Coolfer expects “practically no press” on the album because of this.

END_OF_DOCUMENT_TOKEN_TO_BE_REPLACED

iTunes has a new Postal Service remix of Feist’s “Mushaboom.” Even catchier than the original. Via m3.