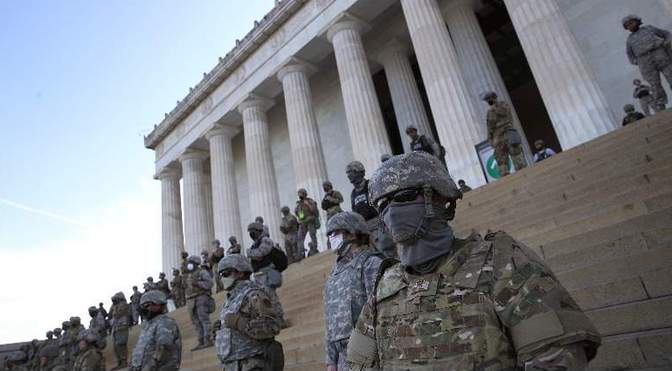 Good riddance to what has been, objectively, a very bad year.

343,000+ Americans have died of a disease that can be carried by people without symptoms and spread to people who might die. Most people who get it don’t get too sick. Some never even know they had it. And yet it’s already killed 1 in 1,000 Americans.

The most disturbing thing about 2020 has been how this virus has exposed how little Americans care about each other. How easy it’s been to shrug off thousands of people dying every day. How unwilling people are to inconvenience themselves for the sake of protecting the vulnerable. Half the country refuses to believe that doctors and nurses are telling the truth about the situation they’re dealing with in hospitals.

It’s impossible to get the country to agree on solutions when people are living in alternate realities. No common set of facts.

Looking back over our annual wrap-ups of previous years, I can’t even remember now why we thought 2018 was so bad, but it’s sad to think I couldn’t imagine it getting worse. It could. Much, much worse.

And here we are. At the end of a very bad year. There is some hope on the horizon. A vaccine is being distributed…albeit far more slowly than we were led to believe. We will have a new administration on January 20 despite the efforts of an unamerican, anti-democratic wannabe autocrat. We should all be thankful that our orange fuhrer is as inept as he is; a competent fascist could have easily stolen this election. The fact that our entire democracy came down to the lawfulness of a handful of local officials should make us shudder. Make no mistake: those few decent Republicans will certainly be replaced by unscrupulous monsters in the near future. And then what? Let’s hope we won’t have to find out.

But we made it through. Personally, there were times (weeks, months) where I didn’t feel up to the task of seeking out good new music to share. I just couldn’t conjure the energy. But throughout the entire year, our intrepid Stephen Macaulay filed 1,000 words to me every Saturday along with an email summing up his week. These missives inspired me to keep this site alive during a year when it would’ve been excusable to let it lie fallow…or die off altogether.

If you’ve followed GLONO for any amount of time you may have caught on that Mac is of a generation that witnessed the Faces at Cobo Hall. He saw the Stones on the Exile tour. Mac subscribed to the Fifth Estate and to Rolling Stone back when it was printed on newsprint. That is to say, Mac is like the cool uncle we all wish we had growing up, which puts him in a demographic that is more at risk to the serious effects of COVID-19.

Locked down in stricter quarantine than anyone else I know, Mac has carried our site through this year, and for that I will always be grateful.

Let’s all hope the distribution and administration of the vaccine gets straightened out quickly so we can have a shot at seeing each other in real life some time next year. Stay safe, stay healthy, and try to stay positive!

Love,
Jake and the GLONO posse

Note: Some songs may be missing from these playlists either due to human error, unavailability at the time, or being yanked by the streaming services after we added them to the playlist.