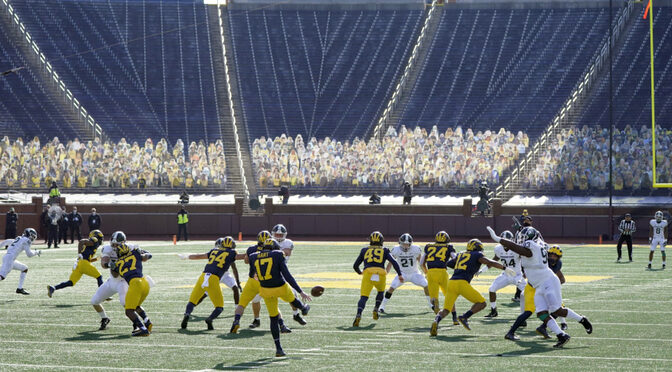 ESPN is, of course, the sports channel, network, brand, whatever.

It is primarily owned by Disney, with the Hearst Corporation, another media conglomerate that lacks associated characters (except for fans of Welles’ Citizen Kane).

For purposes of full disclosure, my interest in sports is very evanescent at most. I think the only time I spent any time watching ESPN was some years ago when, for reasons that even I can’t come up with, I’d watch the World Series of Poker.

So here we are, about 100 words into this thing, and you’re wondering what the heck this has to do with music.

It’s this: “ESPN” was originally an acronym for “Entertainment and Sports Programming Network.”

For years ESPN has been something of a sports juggernaut (you don’t have all of those ancillary channels unless you are able to justify it).

ESPN recently announced it is furloughing (a.k.a., “dismissing”) 300 people and not hiring 200 people for which it has had open positions. 500 people who have lost or who won’t get a job. Which is about 10% of its staff.

Given the decline of the fortunes of other companies in other industries (e.g., Delta Airlines has lost $22.4-billion through the third quarter of 2020—billion), the decline at ESPN is clearly not of the same magnitude.

But it is telling that a brand name in the entertainment sphere is hurting, largely, one guesses, because there are fewer traditional, normal games occurring. And when there are schedules, there are sudden shifts as, say, college players and/or coaches have positive tests.

One company that is certainly now part of the fabric of the quilt that is the music industry is Live Nation, the company that promotes events and has venues, reported its Q3 2020 results: a decline of 95%–which is actually better than Q2, when it saw a 98% decline.

END_OF_DOCUMENT_TOKEN_TO_BE_REPLACED 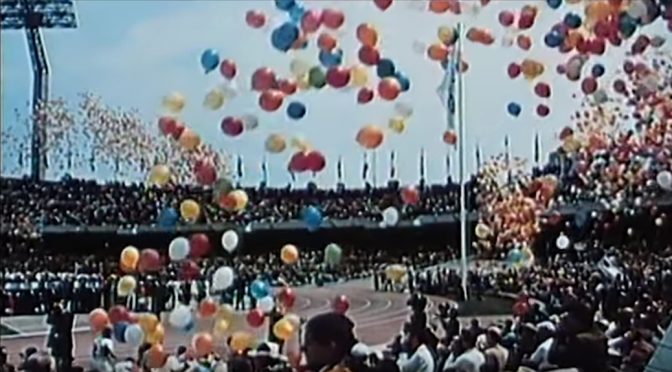 “Belle and Sebastian dig the Olympics, love the Olympic ideal, love that the world gets together for a big ‘sports day’ once every four years. We can’t be part of it, though we’d like to be. So we recorded a piece of music with Rio in mind: specifically the Track and Field. Here it is.”

It’s a fun little instrumental that makes you want to chuck a javelin or attempt a pole vault. Or something. Stuart Murdoch and co. are no strangers to the topic of track and field, having previously recorded a song about its stars being beautiful people.

Congrats to the crew over at the Out Route, who are celebrating the first anniversary of their launch. The sports desk of Glorious Noise, headquartered in New Jersey, has been kicking the shit out of sports coverage for a whole year now.

Like a lot of blogs, they’re having a bit of a crisis of confidence and wondering how to proceed. If you have recommendations on things they can do to make writing about sports more fulfilling, let them know.

In other GLONO subsidiary news, our national affairs desk POLJUNK has been steady ripping it up with the addition of some hot new contributors. Sock it to ’em, fellas.

And one more big announcement: after talking about it for years, we’re finally launching Shiny Metal Boxes, the automotive desk of Glorious Noise. In its inaugural post, GLONO co-founder and current Wall Street Journal car critic, Jeff Sabatini, explains why “the quality of automotive writing today is piss-poor.”

END_OF_DOCUMENT_TOKEN_TO_BE_REPLACED

Every once in a while, we like to remind you about our subsidiary sites, POLJUNK, our National Affairs Desk, and the Out Route, our Sports Desk. There’s more to life than music you know (but not much more).

END_OF_DOCUMENT_TOKEN_TO_BE_REPLACED

Since there’s more to life than music you know (but not much more), Glorious Noise runs a couple of subsidiary sites, POLJUNK, our National Affairs Desk, and the Out Route, our Sports Desk. Here’s what’s been going on outside this week…

McCain Hires Hitmen Who Once Targeted Him

Cheney’s daughter: My baby ‘is not a prop’

Why Would Grossman Possibly Want Out?

END_OF_DOCUMENT_TOKEN_TO_BE_REPLACED

Tom Mantzouranis lists his favorite sports songs for the Out Route, the sports desk of Glorious Noise.

Barring a three-hour rockathon/revival starring Bruce Springsteen, featuring all the bells, whistles, and saxophone solos that a hero-starved American public can handle, nothing currently dominates the nation’s popular psyche more than The National Football League. Each Sunday in Autumn, enormous piles of meat meet their match. And that’s only in our kitchens! On the field, teams establish the run and slash into the backfield as dull-headed analysts pine for their own playing days from the broadcast booth. And in the end, if the home team wins, sports bars nationwide fill with the kind of harmony and hugs not seen since the big man joined the band.