END_OF_DOCUMENT_TOKEN_TO_BE_REPLACED

Big news for Velvets fans. Dead Flowers has generously liberated a freshly discovered bootleg of a 1967 Velvet Underground show at the Gymnasium in NYC.

It’s lifted from a message board post by a character calling himself “Furious Wank” who claims, “It’s the ONLY available live stuff from 1967 and has only become available in literally the last two days. Recorded just after the release of The Velvet Underground And Nico and featuring the debut performance of Sister Ray (19 mins long) and the *previously unheard* song I’m Not A Young Man Any More.”

I’ve listened to it (somewhat skeptically) and it definitely sounds like the real deal to my ears. Gotta love Lou Reed whining about no longer being a young man at ripe old age of 25. Dipshit whippersnapper. 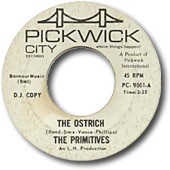 Remember that Velvet Underground acetate on ebay? Apparently, that one wasn’t “one of a kind.” Or else someone ripped the vinyl before losing it. Or something… Because there’s a Japanese bootleg of the material floating around.

The bootleg’s source was apparently in rougher shape and contains more surface noise than the one that was being auctioned off last week. But there are probably a lot of people out there who just want to hear the alternate versions, no matter how shaky the quality.

Well, Merry Christmas, motherfuckers! After the jump, you can download the four songs from the acetate that were completely different takes from the officially released album, The Velvet Underground & Nico.

END_OF_DOCUMENT_TOKEN_TO_BE_REPLACED

Sometimes it’s amazing what you find when you dig back into your collection. Forgotten gems of music gathering dust in crates or on CD racks can take you back to specific times in your life or fill you with emotions also long forgotten.

I recently dug out my copy the Velvet Underground’s debut album and was immediately awash in memories of my first listening of this fantastic record. Back in our college days, Glono founder, Jake Brown, was away on foreign study in Scotland and had left me his entire CD collection for safekeeping. Totaling less than a hundred CDs, Jake’s collection still dwarfed my meager assortment of Beatles, Smiths and Stone Roses disks. My collection was reigned in by my seemingly endless state of destitution and I was forever borrowing disks from Jake. Now I had them all together and I was going to listen to every damned one.

I was going to use this time to catch up with the old boy. His collection was always more mature and diverse than mine. Though I was always hip to the good stuff, I never owned it and my exposure was limited to selections on mix tapes. Now, I was going to take the time to get to really know the stuff I’d only ever really had a glimpse.

Rummaging through the box less than an hour after Jake’s plane headed to the UK, I found not-so-golden oldies like Nancy Sinatra and the Jackson 5, the latter of which introduced me to soul music. Rare UK Import CDs quickly found their way to mix tapes I made for the Indie Kids at Denny’s. The real discovery though was a collection of disks from the pioneers of both Punk and New Wave like The Modern Lovers, the Pretenders and finally the Velvet Underground. That fall is when my fascination with VU was born.

I think most people discover the Velvets in college. It’s a time for liberal thinking and acceptance of art as more than just an easy class. The Velvet Underground is the perfect catalyst for accepting art in rock. They serve as a Trojan Horse for underground ideals to sneak into suburbia with droning, driving rhythms that thinly veil the sexual/drug themes in good, honest Rock. It also introduced poetry in Rock in a way the bloated ramblings of Jim Morrison never could. Where the Doors were a fat, bearded howl of paganistic declarations and Jim Beam ballyhoo, the Velvets were sleek speed freaks with minimalistic ravings from pseudo bisexuals and Warhol ingenues. Though they were twenty-odd years gone by the time I’d found them, they were fresh and new and dangerous. And I loved them.

But time fades away and you discover new fascinations. Later that year I also discovered Neil Young and that obsession led me to alt.country and the founders of the No Depression genre, Uncle Tupelo. Soon, Tupelo split into Son Volt and Wilco, my current obsession. Listening to Wilco’s yet unreleased Yankee Hotel Foxtrot and its droning art rock leanings led me back to the Velvet Underground and those long fall nights listening alone in my room. I can still see the ceiling fan of my teenage bedroom swirling as the long notes and cryptic laments of VU swirl in my head. The Velvet Underground opened my mind to a different brand of Rock and Roll that has led me to the finest unheard bands in America and THAT has changed my life.