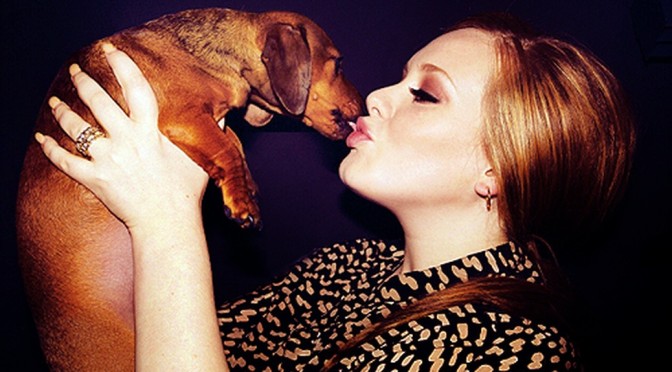 If you do not already love Adele, and the above photo of her kissing her dachshund doesn’t convince you, I challenge you to watch her NPR Tiny Desk Concert and not change your mind.

“Forgot to take my gloves off! [cackle]” She’s awesome.

If by some slim chance you do not already own this album, you can get it cheap on Amazon. $10 for CD, $11 for a download, and less than $17 for the vinyl.

What could you possibly be waiting for at this point?

One thought on “Eleven Million Adele Fans Can’t Be Wrong”